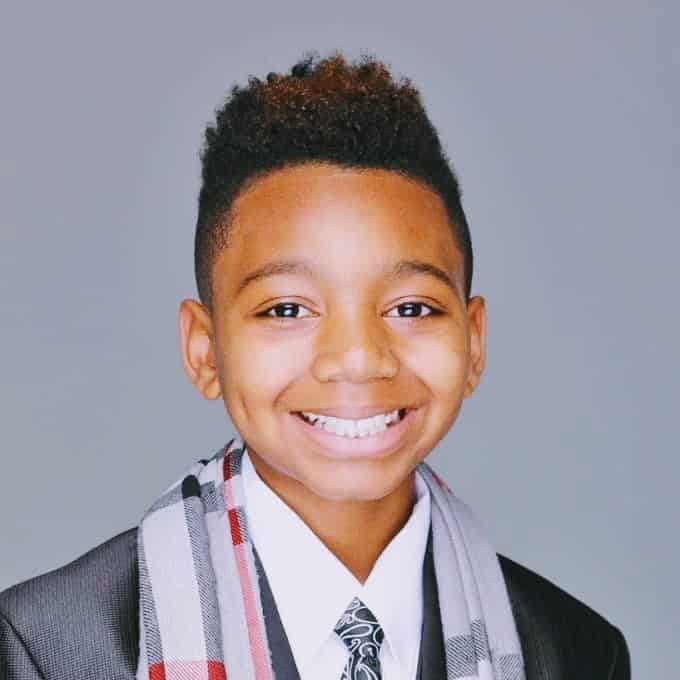 Derrick Gilbert II is an American actor, singer, model, and dancer. He is known for casting as a “Basketball Player” in Space Jam: A New Legacy. In this article I will be writing about Derrick’s biography and other facts about him. Before we move on let’s quickly take a look at his profile.

Derrick Gilbert (II) was born in Statesboro, Georgia, USA (2005). His month and day of birth hasn’t been revealed. Derrick is a military brat (The child of a parent or parents serving full-time in the army). His father is Derrick Gilbert and mother is Shannoda Gilbert. He has a sister (Dorianna) who plays basketball. Information concerning his educational background is yet to be revealed. This article will be updated once information on his educational background is made available.

Derrick is a multifaceted entertainer, at age 5 he knew he wanted to become an actor, dancer, singer, and model. He worked with an agency outside the territory of Dallas, Texas. He is known for his cute dimples which has landed him several roles as a model. Just after a week at the agency, he began receiving calls for modeling , commercials and acting.

Derrick has made appearances in movies such as MENA as David Johnson, Alita The Battle Angel as Big kid, he also appeared on HBO’s Leftover season two as Church boy.