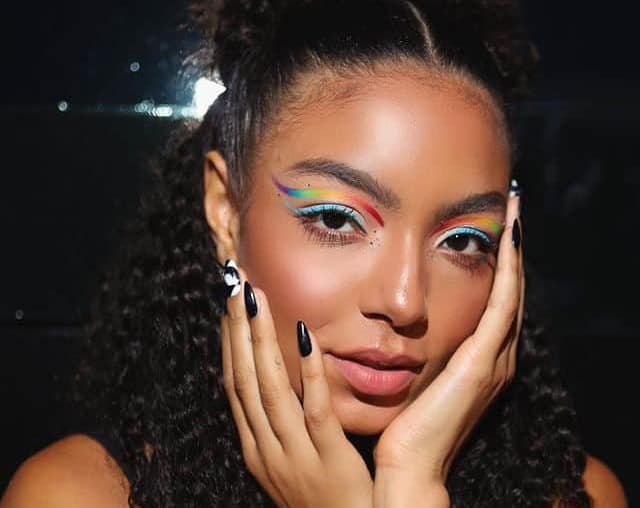 Who is Any Gabrielly?

Any Gabrielly is a 19-year-old Brazilian model, singer, actress, dancer, and voice actress. She is best known for her role as Moana in the 2016 film Moana, which was adapted in Brazil. Any also represents Brazil in the global pop group “Now United”.

This article talks about Brazilian actress “Any Gabrielly” and in it, we will be covering her biography, age, career, net worth, family background, and other facts about her. Before we proceed let’s have a look at her profile summary below.

Any Gabrielly Rolim Soares was born on October 9, 2002, in Guarulhos, São Paulo, Brazil. She holds Brazilian nationality and belongs to the Afro-Brazilian ethnicity. Gabrielly speaks both English and Portuguese fluently.

Gabrielly’s parents are Priscila Franco (mother) and Silvio Soares (father). Also, she has a younger half-sister whose name is Isabelli Soares.

Any Gabrielly studied at the So Paulo Municipal Dance School and has performed in many of the city’s renowned theaters.

At the age of six, Gabrielly’s family, particularly her aunt Laura Carolinah, a judge on the Brazilian reality series Canta Comigo, became aware of her talent for singing.

Gabrielly started dancing at the So Paulo Municipal Ballet School when she was eight years old, appearing at the Teatro Municipal, Grande Otelo, and Cacilda Becker theaters. When was nine years old, she was selected to play one of the young Nalas in the So Paulo production of The Lion King.

The production had a long audition process divided into five stages, added to a 15-day workshop, from which Any came out approved and willing to live a new routine, which would involve three months of rehearsals from Monday to Saturday and, after the debut, a long season of presentations twice a week.

Any performed as the nerd Chica in the television series Buuu – A Call to Adventure in 2015.

Any made her voice acting debut in the Brazilian adaptation of the animated film Moana, providing the voice of Moana Waialiki, the film’s main character, and the first Polynesian Disney Princess, following an audition in July 2016.

Any recorded several songs for the movie, including the regional renditions of “How Far I’ll Go” and “Saber Quem Sou.” She then dubbed Kaylee, a character from the Brazilian adaptation of The Lodge starring Jade Alleyne.

Any was the sixth member of the international pop group Now United when her identity was made public on November 14, 2017. The group “Now United” released their debut single, “Summer in the City,” in December of that same year.

She released her music video for the song “Paraná” through “Now United” in June 2019. The song “Legends” was also released on digital platforms in September of the same year, where Any is also the most well-known artist. A Portuguese version of the song, titled “Lendas,” was also released in November 2019, just before Now United’s Dreams Come True Tour.

Any Gabrielly was introduced as one of the hosts of 2020 Nickelodeon Meus Prêmios Nick on August 19, 2020, making her the first black host in the show’s history.

As of the time, this article was written Gabrielly hasn’t revealed much about her love life, and right now it is impossible to tell if she is seeing someone or not.

Any is fluent in English, Portuguese, and Spanish. She has, however, performed in a number of languages, including French, Tagalog, Arabic, Italian, and Korean.

This talented Brazilian entertainer has a height measurement standing at 5 feet 8 inches tall and weighs about 62 kilograms.

Any Gabrielly Net Worth

Any Gabrielly is well-known for her diversity in terms of acting, singing, dancing, modeling, and creative skills, and as a result, she has amassed a significant amount of wealth. It is reported that she has an estimated net worth of $3 million dollars approximately.