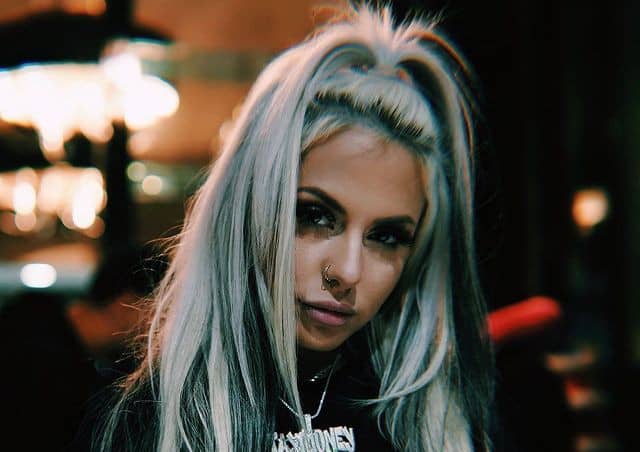 Who is Tay Money?

Tay Money is a 29-year-old American rapper, model, songwriter, and hairstylist whose real name is Taylor Noelle Watson. She is popularly known for releasing her single “Trappers Delight” in June 2018 and her song “Bussin,” which went viral on the video-sharing app TikTok.

This article talks about American rapper “Tay Money” and in it, we will be covering her biography, age, career, net worth, family background, and other facts about her. Before we proceed let’s have a look at her profile summary below.

Taylor Noelle Watson popularly known as Tay Money was born on April 6, 1993, in Tyler, Texas, USA. She holds an American nationality and her ethnicity is white. Currently, Tay is 29 years old.

Whilst carrying out our research we couldn’t find any information about Tay Money’s parents, siblings, family relatives, and her educational background. This article will be updated once this information has been made available.

Tay Money began her career as a Hairstylist when she relocated to Dallas, Texas. She did hairdressing for a while before she began developing an interest in music.

In 2017, Watson made her solo debut with the single “Lewis & Clark.” She then followed it up with the single “Na Na.” In 2018 she finally found success when her song “Trapper’s Delight,” was made available on WorldStarHipHop’s YouTube channel.

In less than a month, the music video received over 1.2 million views. In November of that year, she released her first EP, DUH!

The singles “High School,” “2k,” “Ride Around,” and “IMAX” were all released by her in 2019. Her debut mixtape, Hurricane Tay, which featured 16 tracks and two features from DaBaby and YNW Melly, was released in the same year.

Tay Money’s popular song “Bussin,” which has received a lot of attention on social media, particularly on the video-sharing app TikTok, was released in March 2020.

Money and rapper Saweetie collaborated on the “Bussin 2.0” remix, which was released in July 2020. The music video for Watson’s song “Circus,” which was produced and directed by DrewFilmedIt, was made available on October 2, 2020.

On December 11, 2020, she released her debut mixtape, “Blockedt”, which featured American rapper Mullato on the song “Brat” and Saweetie on the remix “Bussin 2.0”.

Money signed a recording contract with Geffen Records and Interscope Records in 2021. She also disclosed that she was working on her debut studio album “Girls Gone Duh” which was released on April 22, 2022.

Below is a list containing some of Money’s songs:

Tay Money was in a relationship with American business executive, videographer, and music video director Cole Bennett. However, the relationship ended in mid-2021.

This talented American female rapper has a height measurement standing at 5 feet 6 inches tall and weighs about 50 kilograms.

Tay Money is well-known for her diversity in terms of rapping, and songwriting, and as a result, she has amassed a significant amount of wealth. It is reported that she has an estimated net worth of $2 million dollars approximately.