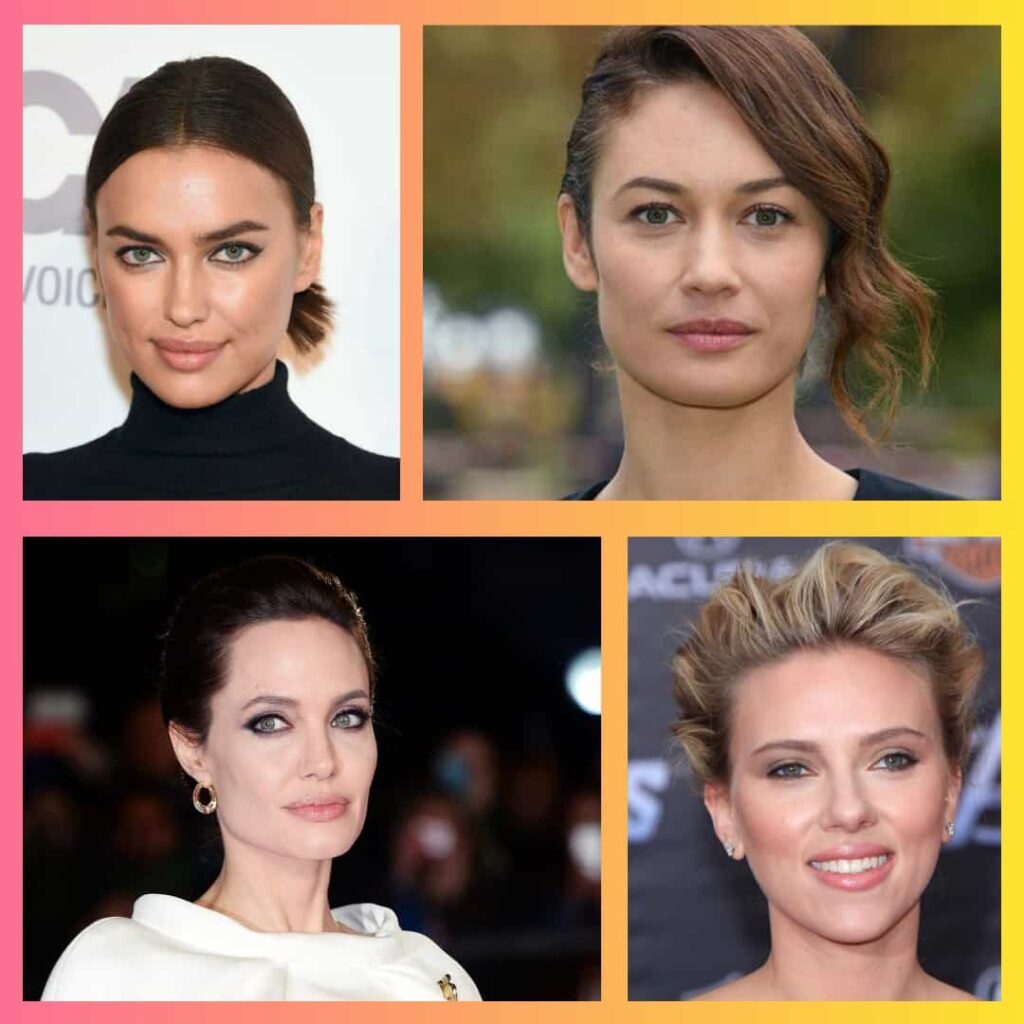 In this article, Trengezie covers a list of the most beautiful celebrity women with Green eyes. These women are known for their beauty and as result, people can’t avoid staring at their green eyes.

Before we get to see these gorgeous women let’s, first of all, know what causes this type of eye color.

Green eyes are caused by a genetic mutation that produces less melanin than blue eyes. There is no green pigment in green eyes, as there is in blue eyes. Instead, because the iris lacks melanin, more light scatters out, giving the eyes a green appearance. Green eyes are found in just around 2% of the world’s population.

With that much said, now let’s have a look at some of the beautiful celebrity women who possess this eye color.

Emily Jean “Emma” Stone is an actress from the United States of America. She has won several awards, including an Academy Award, a British Academy Film Award, and a Golden Globe. She was the highest-paid actress in the world in 2017, and Time magazine named her one of the world’s 100 most influential people.

Emilia Isobel Euphemia Rose Clarke is an English actress who was born on October 23, 1986. She attended the Drama Centre in London and appeared in a number of theatre shows while there.

Clarke rose to prominence in the HBO epic fantasy television series Game of Thrones (2011–2019) as Daenerys Targaryen. Her performance earned her widespread acclaim and multiple awards, including four Emmy nominations.

Karen Lucille Hale (born June 14, 1989) is an American actress, singer, and television personality who rose to prominence after portraying Becca Sommers in Bionic Woman (2007) and Rose Baker in Privileged (2008–2009).

She then rose to prominence as Aria Montgomery on the Freeform series Pretty Little Liars (2010–2017), for which she garnered numerous awards.

Charlize Theron is a South African-American actress and producer. She has won numerous awards, including an Academy Award, a Screen Actors Guild Award, and a Golden Globe Award. She is one of the highest-paid actresses in the world.

Olivia Wilde is an actress and filmmaker from the United States of America. She appeared in the films Tron: Legacy, Cowboys & Aliens, The Incredible Burt Wonderstone, and The Lazarus Effect, and played Remy “Thirteen” Hadley on the medical drama television series House.

Scarlett Johansson is a well-known actress from the United States. In 2018 and 2019, she was the highest-paid actress in the world, and she has appeared on the Forbes Celebrity 100 list several times. In 2021, Time magazine named her one of the world’s top 100 most powerful people.

Kristin Laura Kreuk is a Canadian actress who has appeared in a variety of films. She made her acting debut on the teen drama Edgemont and went on to play Lana Lang in the superhero television series Smallville, as well as Catherine Chandler in The CW’s sci-fi series Beauty & the Beast and Joanna Hanley in the CBC legal drama Burden of Truth.

Hayden Lesley Panettiere is an actress, model, and singer from the United States. She is best known for her roles as Claire Bennet on the NBC superhero series Heroes (2006–2010) and Juliette Barnes on the ABC/CMT musical drama series Nashville (2012–2018), for which she received two Golden Globe nominations for Best Supporting Actress – Series, Miniseries, or Television Film.

Rachel Anne McAdams is a Canadian actress who has appeared in a variety of films. She worked in Canadian television and film productions after graduating from a theatre degree program at York University in 2001, including the drama film Perfect Pie (2002), for which she was nominated for a Genie Award, the comedy film My Name Is Tanino (2002), and the comedy series Slings and Arrows (2003–2005), for which she was awarded a Gemini Award.

Olga Kostyantynivna Kurylenko is a model and actress of Ukrainian-French descent. She began her acting career in 2005 and rose to prominence for her portrayal of Nika Boronina in the film adaptation of the video game Hitman.

Rachel Hannah Weisz is an actress from England. She has won an Academy Award, a Golden Globe Award, a Screen Actors Guild Award, a Laurence Olivier Award, and a British Academy Film Award, among other honors.

Angelina Jolie DCMG is an actress, filmmaker, and humanitarian from the United States. She has been named Hollywood’s highest-paid actress multiple times and has won numerous awards, including an Academy Award and three Golden Globe Awards.

Elizabeth Chase Olsen is an actress from the United States. She made her film debut in the thriller Martha Marcy May Marlene in 2011, for which she received critical acclaim and was nominated for a Critics’ Choice Movie Award, among other awards, and then went on to star in the horror film Silent House. Olsen was nominated for a BAFTA Rising Star Award and graduated two years later from New York University.

Irina Valeryevna Shaykhlislamova, better known by her stage name Irina Shayk, is a Russian model and actress who rose to international prominence after becoming the first Russian model to appear on the cover of Sports Illustrated’s Swimsuit Issue in 2011. She is one of the New Supers, according to Models.com.

How to Avoid a Ransomware Attack in 2022