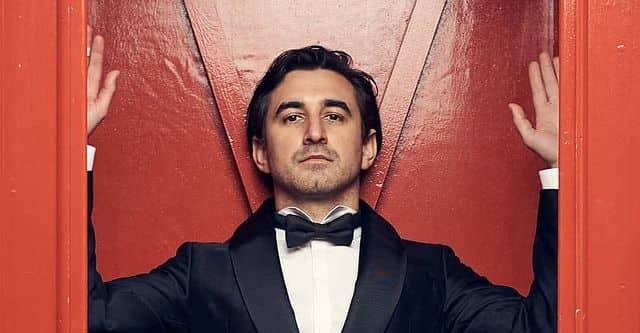 Who is Ferdinand Kingsley?

Ferdinand Kingsley is a 34-year-old British actor well-known for his roles in “Mank”, “Victoria”, “Dracula Untold” as well as his upcoming role as Hob Gadling in Netflix’s upcoming television drama series “The Sandman” which is set to premiere on August 5, 2022.

This article talks about American actor “Ferdinand Kingsley” and in it, we will be covering his biography, age, career, net worth, family background, and other facts about him. Before we proceed let’s have a look at his profile summary below.

Ferdinand Kingsley was born on 13th February 1988 in  Leamington Spa, Warwickshire, England, UK. He holds British nationality and he is of mixed ethnicity because his paternal grandfather Rahimtulla Harji Bhanji (1914–1968), was a Kenyan-born medical doctor from the Indian city of Jamnagar, being of Khoja Gujarati descent. This British actor celebrates his birthday every year on February 13. As of 2022, he is 34 years old.

Ferdinand, who passed up the chance to attend Clare College in Cambridge, attended the Guildhall Theatre School instead. Since graduating, he has performed with the Royal Shakespeare Company and the National Theatre.

Kingsley’s parents are Ben Kingsley (father) and Alison Sutcliffe (mother). He also has a brother named Edmund Kingsley. and a stepbrother and sister whose names are Thomas Alexis Bhanji and Jasmine Bhanji respectively.

Kingsley has performed in plays for the Royal Shakespeare Company, including Troilus and Cressida, and Little Eyolf. He performed the roles of Phaeax in Welcome to Thebes and Rosencrantz in the National Theatre’s production of Hamlet from 2010 to 2011, for which he was recognized at the 2010 Ian Charleson Awards.

Prior to his nomination and performances for Royal Shakespeare Company, Kingsley made his first film appearance as Young Druid / Young Ambrosinus in the 2007 movie “The Last Legion”.

In the BBC production Vincent Van Gogh: Painted With Words, he played Albert Aurier. He portrayed Bushy in the Shakespeare season production of Richard II on the BBC, which aired in the summer of 2012.

In the York Mystery Plays production from August 2012, he played both Jesus and God the Father. In the 2013 BBC TV series “Ripper Street”, Kingsley played Joshua Bloom.

He also starred in major roles in Agatha Christie’s Poirot: Elephants Can Remember, the BBC film “The Whale” as Obed Hendricks, and the 2014 Universal Pictures film “Dracula Untold” playing the role of Hamza Bey.

Kingsley starred in the short film “Dance in Colour” in the spring of 2013. And in 2016 he portrayed Charles Elmé Francatelli, an Italian British chef, in the ITV drama series “Victoria”.

In 2022, Ferdinand will be seen portraying Hob Gadling in an upcoming American supernatural fantasy horror drama streaming television series based on the 1989–1996 comic book written by Neil Gaiman and published by DC Comics. This series will premiere on August 5, 2022.

For now, Ferdinand is very secretive about his love life and right now it is impossible to tell if he is seeing anyone or not.

As of the time, this article was written Kingsley’s height and weight information are yet to be revealed.

Ferdinand Kingsley is well-known for his diversity in terms of acting and creative skills, and as a result, he has amassed a significant amount of wealth. It is reported that he has an estimated net worth of $3 million dollars approximately.