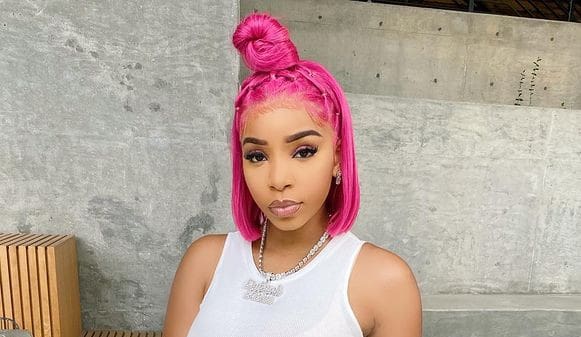 Who is Light Skin Keisha?

Light Skin Keisha is a 27-year-old American rapper, model, actress and social media personality from Atlanta, Georgia. She is popularly known for her song “Ride Good” which has gotten over 12 million plus streams on Spotify. She is also known for being a supporting cast member on “Love & Hip Hop: Atlanta” since season nine.

In this article I will be sharing with you Light Skin Keisha biography, age, net worth, and other facts about her but first let’s have a look at her profile summary below.

Light Skin Keisha was born on September 4, 1994 in Decatur, Georgia, United States of America. As of 2021, she is 27 years old and celebrates her birthday every year on September 4. She holds an American nationality and is of Black/African descent. Her birth sign is Virgo.

Talking about her family, Keisha was raised by her mother and she has seven siblings (four sisters and three brothers) whose names are yet to be revealed. For now nothing is known about her father except for the fact that he was a Truck driver.

Talking about her educational background, she finished high school in 2012. Apart from this nothing much has been disclosed.

However after graduating from high school things didn’t go so well, as she struggled financially in order to keep body and soul she did odd jobs worked at Metro PCS, Apple Bees, and Top Golf.

Light Skin Keisha decided to pursue a career in music but before then she started out as a model making use of Instagram where she regularly posted photos and sometimes short videos of herself rapping.

In 2017 she decided to pursue rap fully when she released her debut viral single “Weather” which has now gotten over millions of views.

After recording success from her first song, Keisha was motivated to do more which she did and amazed her fans by releasing another hit single “Believe Dat” and also another titled “Treadmill” in 2018.

Keisha received more recognition and increased her fan-base when she released her song titled “Ride Good” ft B Smyth which has now gotten over 12 million plus streams on Spotify. With her increasing fame and back to back hits she was signed into L.A. Reid’s Hitco Entertainment in 2018.

So far in her musical career her most popular songs till date are Freaky Dancer (feat. Trina), What Ya Came For, Ride Good, Margarita, and Spend Sum Cash. Her Albums include “That’s Just the Bottom Line”, “Talk That Talk”, “Clones”, and her recent being “Break The Bank” released on October 14, 2021.

Apart from modeling and music Light Skin Keisha also happens to be an actress. She started her acting career in a 2020-2021 television series titled “Power Book II: Ghost” where she played the role BruShaundria.

She is also known for being a supporting cast member on “Love & Hip Hop: Atlanta” since season nine.

Light Skin Keisha is currently in a relationship with her American rapper Coca Vango.

This American rapper, model and actress has a height measurement standing at 5 feet 5 inches tall and weighs about 65kg.

Light Skin Keisha is a successful rapper who has earned huge amounts of money from her career. She has an estimated net worth of $2 million USD approximately.