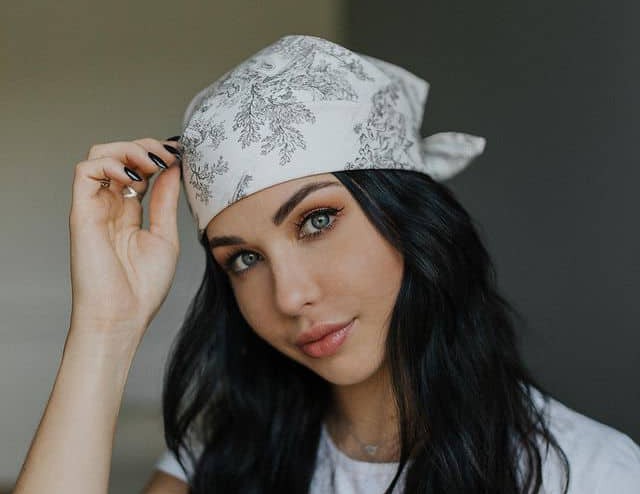 Who is Marie Lopez (EnjoyPhoenix)?

EnjoyPhoenix whose real name is Marie Lopez is vlogger, entrepreneur, writer, YouTube star and influencer from Lyon, France whose area of speciality is in fashion, lifestyle and beauty. She is also an Instagram personality with over 5 million followers. Marie is also known for her YouTube channel (EnjoyPhoenix) where she uploads her videos.

In this article I will be sharing with you Marie Lopez aka EnjoyPhoenix biography, age, net worth and other facts about her but before we proceed let’s quickly have a look at her profile summary below.

Marie Lopez known popularly as EnjoyPhoenix was born on March 18, 1995 in Lyon, France to her mother who is a flight attendant of Swiss origin and her father who is a steward of Spanish origin. As of 2021 she is 26 years old and celebrates her birthday every year on March 18. Her full name is Marie Amalia Cecile Lopez.

For now Marie hasn’t shared with the public the names of her parents. Also she has three siblings two brothers whose names are Louis and Jules and a sister named Juliette. Marie holds French (France) nationality and is of mixed ethnicity. Her birth sign is Pisces.

Marie Lopez started her YouTube channel (EnjoyPhoenix) when she was was almost 16 years old in March 2011. She launched/opened up her channel with the video “Curls of a Straightener”. This video was a means of fighting bullying at school which she was a victim of. The motive behind the creation of her YouTube channel was to fight school harassment.

Marie Lopez gave the full meaning of her channel “EnjoyPhoenix” which she said took it’s origin from the motto of Mary as well as the image of the phoenix, a bird born again from it’s ashes.

After successfully launching her channel and it’s first video she gained over 100,000 subscribers. Afterwards she obtained her national diploma to study English at the University but instead she opted to focus on her YouTube channel which by the year 2014 she gained a million subscribers.

Marie Lopez also has other secondary channeli by the names EnjoyVlogging which has accumulated over 1.2 million plus subscribers and EnjoyCooking with more than 450k plus subscribers.

Apart from being a YouTuber Marie is also an author. She published her first book titled “#EnjoyMarie” on May 15, 2015. In this book she documented her experience in school and how she wanted to create a YouTube channel. She sold more than 200k copies in the fall of 2015.

In 2014 Marie dated a Switzerland YouTuber “WaRTeK” whose real name is “Anil Brancaleoni” but they separated on December 22, 2015.

Notwithstanding on July 15, 2019 she found love again as she started dating Belgian “DJ Henri PFR”. The two are said to have settled down in a house in Belgium.

This French vlogger and media personality has a height measurement standing at 5 feet 4 inches tall and she weighs about 50kg.

Marie Lopez has amassed huge amount of money over the years with her major source coming from her YouTube. She has also generated money from her publications. With all these put together she has an estimated net worth of $1 million USD approximately.