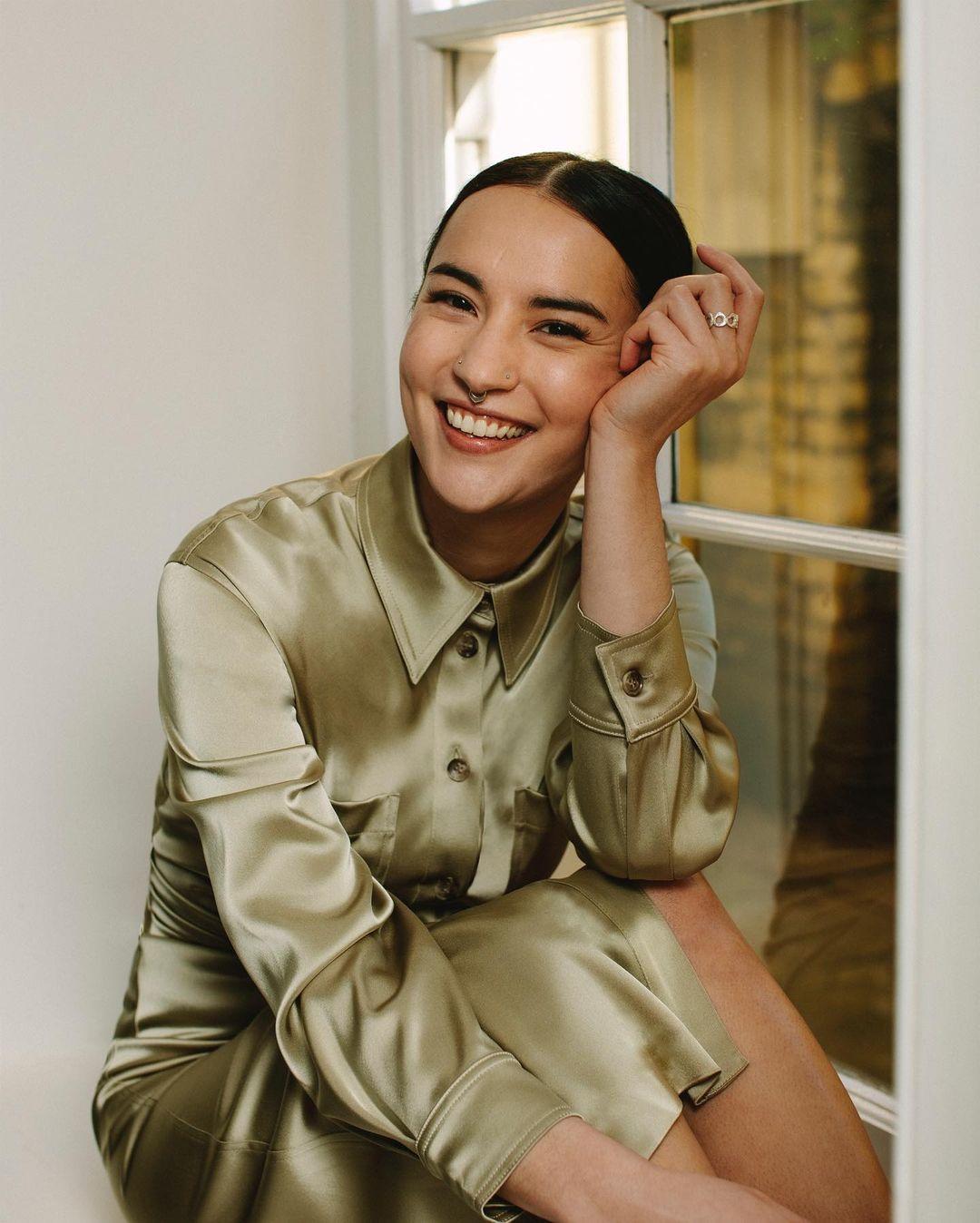 Jessie Mei Li is an English actress popularly known for casting as “Alina Starkov” in Netflix series “Shadow and Bone” (2021) and also as “Kukeri” in Last Night in Soho (2021). She is 25 years old. In this post I will be writing about Jessie Mei Li biography, age, net worth and other facts about her.

Before getting to know the actress, let’s know a little bit about the Netflix series.

Shadow and Bone is a Netflix Series that dropped on the 23rd of April 2021. It is based on Leigh Bardugo’s best-selling Grishaverse novels. It stars Jessie Mei Li as Alina Starkov (Sun Summoner) whose supernatural power could save her people from the fold.

Jessie Mei Li is an English actress born on the 27th of August 1995 in Brighton, East Sussex, England.

Jessie’s mother is from England, she is a nurse and her Father (born in Beijing but raised in Hong Kong) is a solicitor. She grew up in Redhill, Surrey, and has an older brother.

Jessie attended Reigate College and studied languages but had to drop out due to some mental health issues. After leaving school she began working as a teaching assistant for over two years for children with special needs. Jessie joined the National Youth Theatre in 2015 and also trained part-time at the Identity School of Acting from 2016 to 2017.

Before playing the role of Alina Starkov in the Netflix series “Shadow and Bone”. Jessie made her first professional stage debut production in February 2019 in All About Eve playing the role of Claudia Casswell which was broadcasted live on the 11th of April 2019. She has also cast in Last Night in Soho a film by Edgar Wright’s which is set to be released on the 22nd of October, 2021.

During that same year (2019), Jessie auditioned for the Netflix Series and in October it was announced that she would star in the lead role of Alina Starkov.

She was diagnosed with ADHD (Attention Deficit Hyperactivity Disorder)  according to Wikipedia ADHD is a neurodevelopmental disorder characterized by inattention or excessive activity and impulsivity which are otherwise not appropriate for a person’s age.

“The diagnosis completely changed how I viewed loads of things in my life and made me really reconsider the way I think about things,” Jessie

After her diagnosis, Jessie spoke to other neurodivergent people saying: “ You are not damaged, broken, sick, pitiable, or weird(although being weird is definitely a good thing in my opinion) You are you and that’s very cool of you.”

Jessie is a vegetarian.

Currently there is no information regarding her relationship life.

Jessie Mei Li net Worth is estimated to be with range of $1 million – $5 million USD.

To stay connected with Jessie, you can follow her on social media handle below: