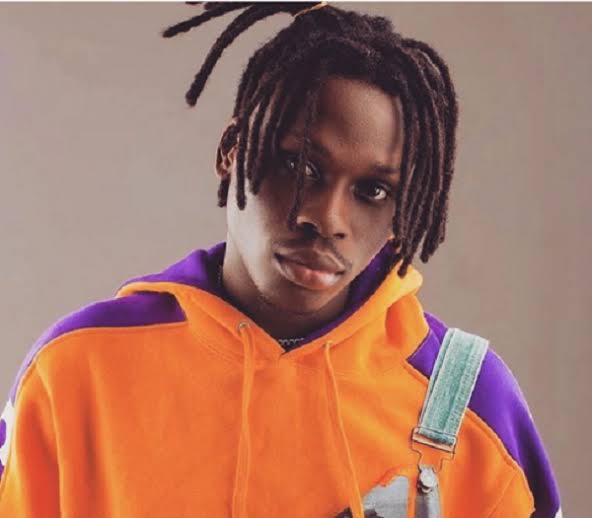 Fireboy DML is one of Nigeria’s young and talented musician, he is a singer and songwriter signed to Olamide’s “YBNL Nation” music record label. In this post we will be looking at Fireboy’s biography his Age, Networth, Music and more.

Fireboy DML whose real name is Adedamola Adefolahan was born on the 5th of February 1996. Fireboy is from Abeokuta, Ogun state. Fireboy completed his primary and secondary education in Abeokuta, Ogun state where he later furthered his education and graduated with Bachelor in Arts in English from Obafemi Awolowo University (OAU) Ile-ife, Osun state.

Fireboy’s love for music grew while still in school. He started performing at shows and became popular among students in school. After school Fireboy had decided to go back home in Abeokuta but later changed his mind to pursue his music career in Lagos state. There in Lagos Fireboy would attend shows, where he would normally sing at some or pay to sing, there were also times where he got help from his friends when he didn’t have money to pay.

Fireboy later started making his own songs and also writing for others and would sell them for #30,000, some he would sell for #50,000 to earn a living.

Fireboy got signed to “YBNL Nation” (Yahoo Boy No Laptop) a music record label owned and managed by Olamide on October, 2018. Two months later after his signing Fireboy released a single titled “Jealous” which was well received by music lovers in Nigeria. This single was one of Fireboy’s hit songs as it grew his popularity and also his own fan base. Fireboy since then has made a couple of releases which led to his first album “Laughter, Tears & Goosebumps” on the 29th of November, 2019 and also his second album “Apollo” on the 20th of August 2020.

There are currently no reports of this musician personal life.

Here are a list of some songs from Fireboy DML

You can connect with Fireboy DML through his social media handles below: