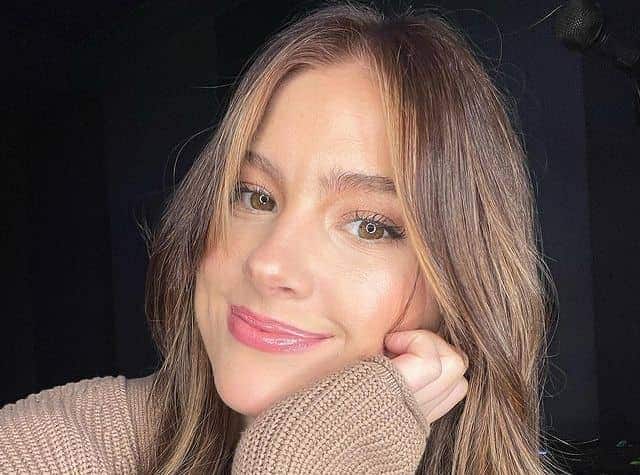 Who is Riley Clemmons?

Riley Clemmons is an American gospel singer and songwriter from Nashville, Tennessee who is currently 22 years old. She gained fame when she released her hit song “Broken Prayers” and “Better for it”. Her music style is contemporary worship music.

This article talks about American gospel singer “Riley Clemmons” and in it, we will be covering her biography, age, career, net worth, family background, and other facts about her. Before we proceed let’s have a look at her profile summary below.

Riley Clemmons was born on December 9, 1999, in Nashville, Tennessee, USA. She holds an American citizenship by birth and belongs to the white ethnic group. Her full name is Riley Elizabeth Clemmons.

Talking about Riley’s parents her father Dr. Samuel Clemmons is a Cullman native and her mother is Shannon Clemmons.

In regards, to Riley’s siblings she has a sister and a brother whose names are Madelyn Clemmons and Sawyer Clemmons. Her sister Madelyn is a writer and photographer.

As of when this article was published, Riley is yet to reveal information regarding her education. However, it is believed that she completed her primary and secondary school education in Nashville. This post will be updated once Riley discloses something.

Riley Clemmons developed her passion for music when she was young. According to an interview with The Tennessean she said:

“I grew up watching ‘Hannah Montana, I was always so fascinated by this approach to being a normal teenager and going to school but also doing this weird thing that no one knows about after school.”

Riley was discovered by a Nashville manager named Mitchell Solarek at a school pageant. By the time she was 13, she had already started writing songs and performing them live in her hometown.

Clemmons signed with Maxx Recordings, an indie label, in 2015. Her relationship and spiritual challenges serve as inspiration for her lyrics. She desires to awaken and inspire the generation she is a part of via the power of music and words.

On December 8, 2017, she released her first song titled “Broken Prayers” with the record label Capitol CMG. The music video for the song was also released on that day. After it’s release on Christian radio the song peaked at number 17 on the Christian charts.

Clemmons released her second single which she titled “Better For It” on June 8, 2018.

Looking at Clemmons Spotify account we discovered that she has so far released only two albums. Her first album titled “Riley Clemmons” was released on August 4, 2018 and her second album “Godsend” was released on June 4, 2021. Both albums were released under Capitol CMG record label.

Riley Clemmons is a fine young talented woman who has captured the eyes of many with her songs.

Clemmons has been very careful when talking about her personal life, notably her dating life. As a result, we are unable to ascertain her present relationship status.

Riley has a height measurement standing at 5 feet 2 inches tall and weighs about 50 kilograms.

Riley Clemmons is well-known for her diversity in terms of acting and creative skills, and as a result, she has amassed a significant amount of wealth. For the time being, her net worth is yet to be estimated.