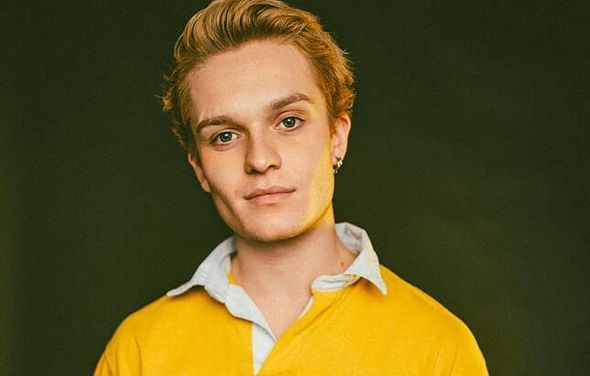 Who is Tom Glynn-Carney?

Tom Glynn-Carney is a 27 year old English actor from Salford, England. He is well-known for his roles in Dunkirk (2017), The King (2019) and his upcoming role as Prince Aegon Targaryen in HBO max series “House of the Dragon”.

This article talks about English actor “Tom Glynn-Carney” and in it, we will be covering his biography, age, career, net worth, family background, and other facts about him. Before we proceed let’s have a look at his profile summary below.

Tom Glynn-Carney was born on February 7, 1995 in Salford, Greater Manchester, England. He holds British nationality and his ethnicity is white.

Talking about Tom’s age, he celebrates his birthday every year on February 7. As of 2022, he is 27 years old.

For now, Tom is yet to share information about his parents, siblings and family relatives with the public. This post will be updated once this information has been made available.

He later studied acting at the Guildhall School of Music and Drama. He took part in professional theatre productions of Macbeth and Peter Pan while he was still in school.

His debut appearance on television was in two episodes of Casualty in 2013. In the BBC military drama “The Last Post”, which debuted as part of the channel’s new season’s content for the autumn of 2017, he landed the series’ lead role casting as Tony Armstrong, Lance Corporal.

Glynn-Carney played Shane Corcoran in the Jez Butterworth play “The Ferryman”, which premiered at the Royal Court Theatre, beginning in April 2017.

Later, he moved with the show to the west end at the Gielgud Theatre, where he performed until October 2017. For his performance, Glynn-Carney received the Emerging Talent Award at the Evening Standard Theatre Awards.

That same year he made his debut film appearance in the film “Dunkirk” which was directed by Christopher Nolan.

He was added to the House of the Dragon cast in March 2022, the Game of Thrones prequel. He will be Pllaying Prince Aegon Targaryen: The first-born son of King Viserys.

Right now Tom’s current relationship status cannot be ascertained. However some reports has it that he has been linked romantically with Ella Purnell in the past.

This English actor has a height measurement standing at 5 feet 10 inches tall and weighs about 65 kilograms.

Tom Glynn-Carney is well-known for his diversity in terms of acting and creative skills, and as a result, he has amassed a significant amount of wealth. It is reported that he has an estimated net worth of $250,000 approximately.