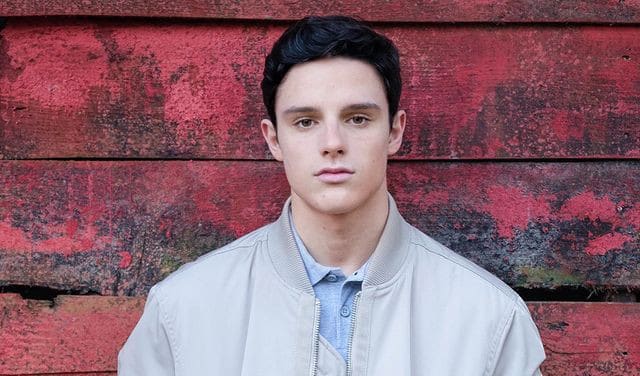 Who is Harry Collett?

Harry Collett is an 18-year-old British actor well known for his roles in “Dunkirk” 2017, “Dolittle” 2020, and his recent role as Jacaerys Velaryon in HBO Max upcoming television drama series “House of the Dragon”.

This article talks about British actor “Harry Collett” and in it, we will be covering his biography, age, career, net worth, family background, and other facts about him. Before we proceed let’s have a look at his profile summary below.

Harry Collett was born on January 17, 2004, in England. He holds British nationality and his ethnicity is white. Harry celebrates his birthday every year on January 17 and as of 2022, he is 18 years old.

While conducting our research we couldn’t find any information about Harry’s parents. However, we did find out from famousbirthdays and his profile on IMDb that he has a younger sister named Brooke who appeared on his social media.

For now, information about Harry’s educational background is yet to be revealed to the public.

Harry Collett made his debut in a music video for Michael Bublé and Idina Menzel’s cover of “Baby, It’s Cold Outside,” playing a younger version of the singer. He played Seb Durante in an episode of the BBC medical drama “Casualty” in 2014.

Afterward, he provided the voice of Wally, the main character in the first two seasons of the kid’s television program “Wallykazam!” The following year, Collett played the younger version of the show’s character in an episode of the American musical comedy series “Galavant”. He then played Buzzbee in the children’s show “The Hive”.

Oliver Hide, the son of recurring character David Hide, was played by Collett in a subsequent guest appearance on Casualty in 2016. He filmed a stunt with his character being trapped in a burning car as part of the appearance.

He took on the part again in 2019 for a longer time after doing so in 2017 for three episodes. And again in 2021, the actor made another appearance as “Oliver Hide”.

In the 2016 biographical movie Ethel & Ernest, Collett made his film debut as the younger Raymond Briggs. In 2017 Collett played the 11-year-old boy Lee in the short film Honour and made a brief appearance in Christopher Nolan’s 2017 war drama Dunkirk.

He played a younger version of the character William in “Dead in a Week or Your Money Back” the following year. And in 2020, Collett played the role of Tommy Stubbins (the self-appointed apprentice of Dr. Dolittle who was played by Robert Downey Jr) in the film “Dolittle”.

In 2022, Collett will be appearing as Prince Jacaerys Velaryon in HBO Max upcoming American fantasy drama television series “House of the Dragon” which will be released on August 21, 2022.

As of the time, this article was written information about Harry’s love life still remains a mystery. This post will be updated once this information has been made available.

This British actor has a height measurement standing at 5 feet 5 inches tall and weighs about 56 kilograms.

Harry Collett is well-known for his diversity in terms of acting and creative skills, and as a result, he has amassed a significant amount of wealth. It is reported that he has an estimated net worth of $500,000 dollars approximately.