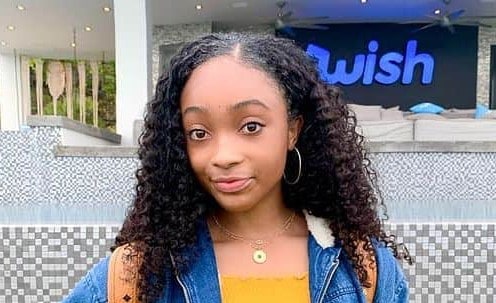 Who is Sanai Victoria?

Sanai Victoria is a 15-year-old actress from Los Angeles, California. She is popularly known for her roles as Melissa, Tamika, and Vera in “Diary of a Future President”, “No Good Nick” and “Modern Family” respectively.

This article talks about American actress “Sanai Victoria” and in it, we will be covering her biography, age, career, net worth, family background, and other facts about her. Before we proceed let’s have a look at her profile summary below.

Sanai Victoria Cunningham was born on January 15, 2007, in Beverly Hills, Los Angeles County, California, United States. She holds an American nationality and her ethnicity is black.

Concerning Sanai’s education, She is a (Straight A) honor roll student who is enrolled in Advanced Placement (AP) college classes.

Talking about Sanai Victoria’s family background, her mother’s name is Tanesia Tramell and she currently manages her daughter’s career. For now, information about her father and any other family member is yet to be revealed to the public.

Sanai’s career kick-started when she was very young. At age of 2½ years, she had already started taking piano, gymnastics, dance, and voice lessons.

At age 6, her modeling career picked up where she did excellently well. Sanai contested as a pageant in the National American Miss Pageant winning multiply awards. Some of the awards she won include National American Miss’s Miss California Junior Pre-Teen in 2015, Miss Personality in 2016, Miss Teen Los Angeles, etc.

Soon after, she became interested in acting and started applying for auditions. However, she started off with appearances in commercials for Chrysler, Disney, Master Card, Doc Mac Stuffins, and many more.

She then progressed to doing voiceovers in a number of Disney Junior series, a number of phone apps, and the voice of a Mattel doll.

Everything changed in 2015 when she was given a role as “Kylie Parker” in Nickelodeon’s television series “Future Shock”. From this project, Sanai became recognized for her talents and was getting several other roles in different projects.

She appeared as Vera on ABC’s “Modern Family” and as Cousin Diamond on “Black-ish”.

She had also appeared in some Disney projects some of which include “Sydney to the Max”, “Lab Rats Elite Force”, “Girl Meets World”, “Bizaardvark”, and many others.

Sanai enjoys donating to charities and is currently working on establishing her own non-profit organization to assist foster children and the mentally ill.

So far in Sanai Victoria’s career, she has received three nominations out of which she won one.

During her free time, She loves to hang out with her Pit Bull Terrier named “Sasha Fierce”.

This American multi-talented entertainer has a height measurement standing at 5 feet 1 inches tall and weighs about 45 kilograms.

Sanai Victoria is well-known for her diversity in terms of acting and creative skills, and as a result, she has amassed a significant amount of wealth. It is reported that she has an estimated net worth of $1 million dollars approximately.