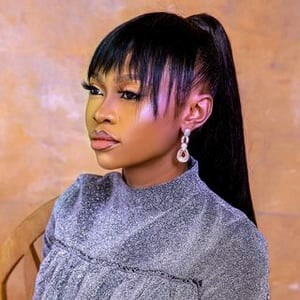 Rejoice Eweama is a Nigerian gospel music minister, songwriter and vocal coach. She released her debut single “ONLY JESUS” on 19th June 2021. This song was produced by DR. Timothy Godfrey popularly known as Tim Godfrey and also buy Samuel Giveson.

Rejoice studied music at Musical Society of Nigeria (MUSON). She currently lives in Lagos Nigeria but from her name we know that she is from the eastern part of Nigeria. Family members of Rejoice include Grace Atulaegwu, Prevail Isreal, Bethel Eweama and Eben Eweama.

On the 19th of June 2021, Rejoice released her debut single titled “ONLY JESUS”, this is her first single since the beginning of her career to be released. This song was produced by Tim Godfrey the founder of Rox Nation (A gospel music record label). We expect to see much more from this talented gospel artist over the years to come.

Rejoice is popular on social media as she has an Instagram fan base of 26.9k followers and 798 Twitter followers. She also has a Facebook page by the REJOICE with 3,700 likes.