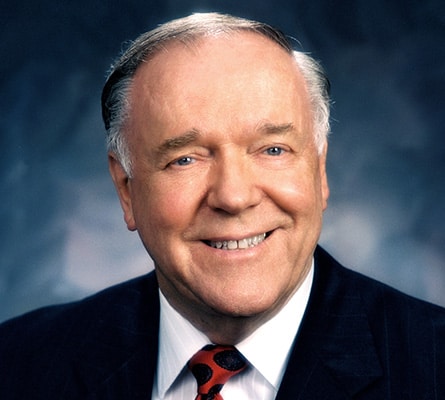 Who is Kenneth E. Hagin

Kenneth Erwin Hagin was an influential American Charismatic preacher who was born in McKinney, Texas on August 20, 1917 to Lillie Viola Drake Hagin and Jess Hagin. Hagin was born with a malformed heart and what was thought to be an incurable blood condition, according to his testimony. He was not expected to live and was paralyzed and bedridden at the age of 15.

This article contains information about Kenneth E. Hagin such as his ministry, family, personal life, death and other facts about him. Before we proceed let’s have a look at her profile summary below.

Kenneth E. Hagin was born in McKinney, Texas on August 20, 1917, to Lillie Viola Drake Hagin and Jess Hagin. Hagin testified that he was born with a damaged heart and an incurable blood condition. He was not supposed to live, and he became crippled and bedridden at the age of 15.

He became a Christian in April of 1933. He claimed that after a dramatic conversion experience, he died three times in ten minutes due to his damaged heart, each time seeing the horrors of hell and then coming back to life. After his conversion, he was still disabled.

After reading Mark 11:23-24 on August 8, 1934, he says he was resurrected from his deathbed by a revelation of “confidence in God’s Word.” He was likewise free of paralysis and never had any difficulty walking. Roberts Liardon’s book God’s Generals chronicles his miraculous recovery.

Kenneth E. Hagin started his first non-denominational church in 1936. As the pastor of a small community Baptist church in Roland, Texas, he presented his first sermon. He became an Assemblies of God minister in 1937.

He pastored five Assemblies of God congregations in Texas over the following twelve years, in Tom Bean, Farmersville (twice), Talco, Greggton, and Van. He pastored his last church in Van, Texas, before embarking on his journey.

Following an appearance by Jesus, Hagin launched an itinerant ministry as a Bible teacher and evangelist in 1949. Between 1947 and 1958, he was a member of the Voice of Healing Revival in the United States, along with Oral Roberts, Gordon Lindsay, and T. L. Osborn.

Hagin was admitted into the Full Gospel Business Men’s Fellowship International (commonly known as the FGBMFI), which was founded in 1951.

It Might Interest You To Know About Pastor Jack Hibbs Biography, Age, Ministry, Family

Patricia (Hagin) Harrison, a daughter, was born 19 months later, on March 27, 1941. Kenneth Wayne Hagin is the pastor of Rhema Bible Church and the President of Kenneth Hagin Ministries, which he founded.

According to a news release from Hagin’s ministry, he went to bed on Saturday, September 13 feeling great. On a Sunday morning, he smiled at his wife, Oretha, at the breakfast table, then moaned and lowered his head to his chest. At the age of 86, he died on September 19, 2003.