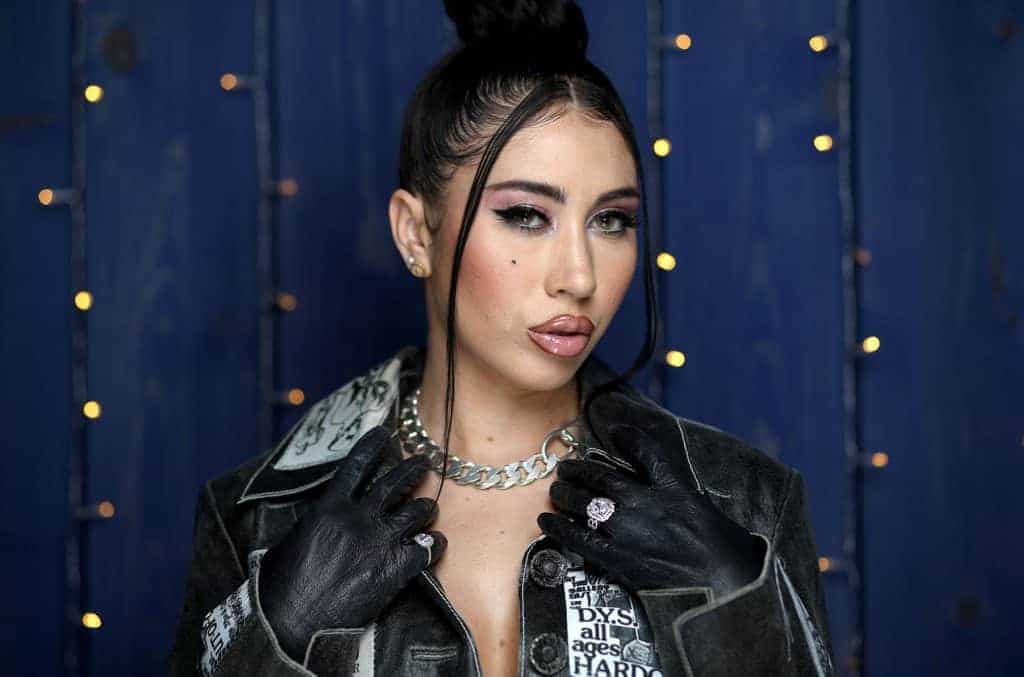 Who is Kali Uchis?

Kali Uchis is a 28-year-old Grammy award-winning American singer and songwriter popularly known for her songs Telepatía, Melting, and Dead to Me. She is also known for her collaboration with Snoop Dogg on the song “On Edge”.

This article talks about American singer “Kali Uchis” and in it, we will be covering her biography, age, career, net worth, family background, and other facts about her. Before we proceed let’s have a look at her profile summary below.

Karly-Marina Loaiza popularly known by her stage name Kali Uchis was born in Alexandria, Virginia, USA on July 17, 1994. She holds dual citizenship (Columbia and America) and her ethnicity is mixed.

Talking about Kali’s parents her father moved to the United States from Colombia and met Kali’s mother in the 1980s. However, her mother had children from a previous marriage.

For now, the names of Kali’s parents, and her step-siblings is yet to be revealed to the public. Kali is the only child of her parents.

Kali Uchis began her music career right from High School when she started learning how to play the piano and saxophone. She also developed an interest in photography and would often skip classes in High School to spend time at the photo lab. Her love of photography inspired her to make mixtape covers.

Kali’s debut mixtape, “Drunken Babble”, was made released on August 1, 2012, not long after she graduated from school. She was given the nick-name Kali Uchis by her father.

Kali made her debut EP Por Vida available for free download in February 2015 on her own website and afterwards on iTunes. Several musicians, including Diplo, Tyler, the Creator, Kaytranada, and BadBadNotGood, contributed to the project’s production.

In October 2015, she set out on her first tour with American soul singer, songwriter and record producer Leon Bridges travelling across the United States and reaching parts of Canada.

Kali revealed on the red carpet of the Latin American Music Awards on April 21, 2022 that she had finished recording her third and fourth studio albums, one of which was in Spanish and the other in English.

Kali and Colombian musician Juanes collaborated on “El Ratico,” which received a nomination for Record of the Year at the Latin Grammy Awards in October 2017.

At the 60th Annual Grammy Awards, Kali received the nomination for Best R&B Performance for her work on the song “Get You” alongside Canadian singer Daniel Caesar.

The song “10%” by Canadian producer Kaytranada featured Kali and it won the Grammy Award for Best Dance Recording at the 63 edition.

Kali Uchis is currently in a relationship with American rapper and singer Don Toliver.

This American singer has a height measurement standing at 5 feet 6 inches tall and weighs about 55 kilograms.

Kali Uchis is well-known for her diversity in terms of rapping and creative skills, and as a result, she has amassed a significant amount of wealth. It is reported that she has an estimated net worth of $4 million approximately.