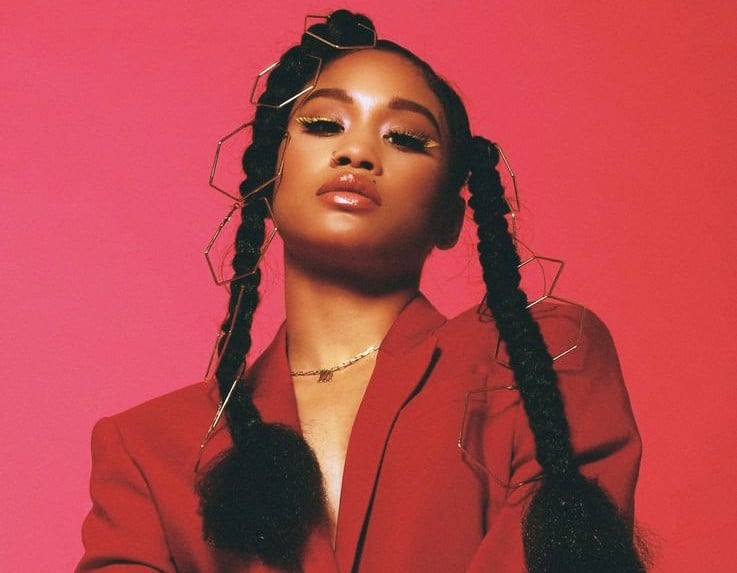 MK XYZ is a 24-year-old American actress, singer, songwriter, performer, and dancer. She gained popularity after releasing her song “Pass it” featuring G-Eazy.

In this article, I will be writing about MK’s biography and her cast on Netflix’s series “First Kill”. Before we proceed, let’s have a look at her profile below.

MK XYZ real name is Makaila Garcia, As seen on her Spotify account she was born in Duvall County Florida ( A state in Southeastern United States) on May 15, 1998. As of 2022, MK is 24 years old. She was raised in Jacksonville, Florida, and Charlotte, North Carolina.

MK who is of mixed race is from a family of dancers, her father is a break dancer and her mother does point ballet. MK also has a sibling who is also a dancer.

MK studied Biochemistry at the University of North Carolina at Greensboro in 2017. She also attended the Northwest School of Arts in Charlotte where she focused on musical theater and dance.

MK XYZ is a versatile entertainer covering major areas in the entertainment industry from singing to acting and many more.

At age 15, MK released her first EP titled “Expectations”, the EP was an R&B meditation revolving around the frustration caused by others’ expectations.

At a very young age, she began to express herself using music combining smooth vocals with the bravado & flow to match any top rapper. She has since then continued to make waves and shine through her music.

Apart from music MK XYZ is also an actress and dancer, she was cast in Netflix’s Vampire series “First Kill”, which premiered on June 10, 2022.

MK XYZ has been cast on Netflix’s drama vampire series “First Kill”. She plays the role of Tess, who is from a family of Vampires called the Fairmonts. This series is written by Felicia D. Henderson and best-selling author Victoria “V.E” Schwab. This series will premiere on June 10, 2022.

When it’s time for teenage vampire Juliette to make her first kill so she can take her place among a powerful vampire family, she sets her sights on a new girl in town named Calliope. But much to Juliette’s surprise, Calliope is a vampire hunter, from a family of celebrated slayers. Both find that the other won’t be so easy to kill and, unfortunately, way too easy to fall for…

This multi-talented entertainer has a height measurement standing at 5 feet 5.75 inches tall and weighs about 58 kilograms.

With her music career, her dancing and acting career, and many projects on the ground, MK XYZ has an estimated net worth of $1 million approximately.

To follow up on MK XYZ, you can follow her on any of her social media handles below: