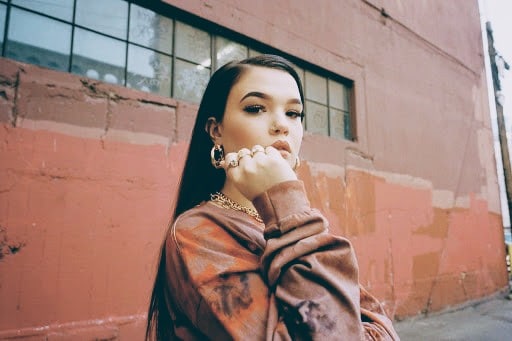 Who is Lola Young?

Lola Young is a British singer and songwriter from South London. She is popularly known for her singles “Six Feet Under”, “The Man”, “3rd Jan” and many more.

This article contains information about Lola Young such as her biography, age, career, net worth and other facts about her but before we proceed let’s first of all take a look at her profile summary below.

Lola Young was born and brought up in South London. Her birth details is yet to be revealed to the public. Notwithstanding her age falls within 19-21 years old.

Lola attended BRIT School (British Performing Arts and Technology in London Borough of Craydon England), where she spent her time grooming and finding herself creatively.

Lola Young grew up in a musical family, where everyone loved to play and sing music. To her she describes music as the ability to tell stories. Due to her musical background she started writing her songs at the age of 11.

After graduating from school, Lola concentrated her music and kept on finding ways to develop and improve herself. Over the years she has released some songs, “None For You”, “The Man”, “Six Feet Under” etc.

On January 3, 2020, Lola young was signed into Capitol Records with the tag “A Rising Star”. This signing also came with the release of her music video “3rd Jan” a track from her EP “Intro”.

The song “3rd Jan” talks about past love, future love, and love that maybe isn’t meant to be. It was produced by “Two Inch Punch”. As the year goes by we expect to see much more from this talented young artist.

Lola has been careful enough not to reveal her relationship status to the public.

Information on her height and weight measurements are also yet to be revealed to the public.

Lola Young is still a young and rising entertainer in the music industry, she is yet to have an official estimated figure.

Pending when the official figure will be announced, lola already has some works attributed to her name, so she has an estimated net worth of $10,000 – 50,000 USD approx.

Lola has a social media presence with over 27.1k Instagram followers and 2.9k Twitter followers. These figures are estimated to increase as the year goes by.