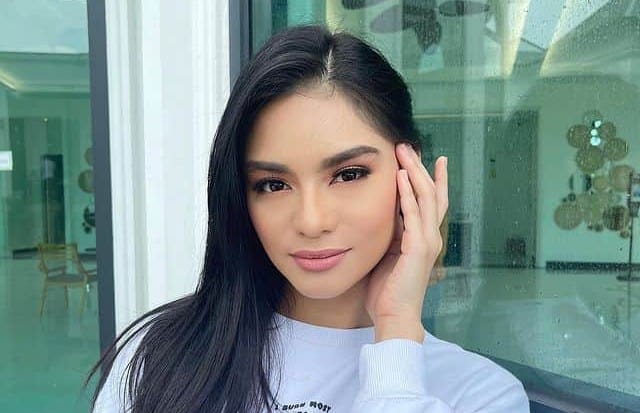 Who is Faith Da Silva?

This article contains information about Faith Da Silva, such as her biography, age, career, net worth and her relationship with Albert Martinez. Before we proceed let’s first of all go through her profile summary below.

Faith Da Silva was born on April 29, 2001 in her hometown Laguna, Philippines. She holds a Philippine nationality and her birth sign is Taurus.

How Old is Faith Da Silva

Talking about Faith’s parents her father is Filipino actor Dennis Da Silva who is currently serving a life sentence in prison after being arrested due to abuse and harassment charges in 2002. For now information concerning Faith’s mother hasn’t been revealed to the public.

Faith Da Silva attended Senior High School, she was a student under the Department of Education’s Alternative Learning System.

According to Faith Da Silva IMDb profile she made her debut acting in 2009 when she appeared as The Ensemble in the drama film “Kamoteng kahoy”.

In 2017 she featured in three television projects which are “Karelayson”, “My Love from the Star”, and “Kambal, Kariba” playing the roles Young Norma, Rachell’s Sister and Mails respectively.

Likewise in 2018 she appeared in “The One That Got Away” and “Ika 5-utos” playing the characters Chee and Denise respectively.

The year 2019 was a big year for Faith as she got featured in five television projects which are “Pepito Manaloto”, “Tadhana”, “Sahaya”, “The Gift”, and “Bubble Gang”.

Apart from acting Faith is also into music. She is the singer of the song “Stay” in “I Can See You” season 2.

During her interview on The Boobay and Tekla Show (TBATS), Faith revealed her relationship with veteran Filipino actor Albert Martinez.

Faith and Albert had recently worked on a project titled “Las hermanas” in 2021. During their work rumours began spreading that the two were in a romantic relationship. Albert Martinez is 60 years old and Faith is 20 years old.

However Faith revealed that they were in a professional working relationship.

Faith Da Silva is Filipina actress who has accomplished a lot and has made a mark in the Philippines television and film industry. She has accumulated huge amounts of money from her acting and is living a comfortable lifestyle.

It is reported that she has an estimated net worth of $1 million USD approximately.