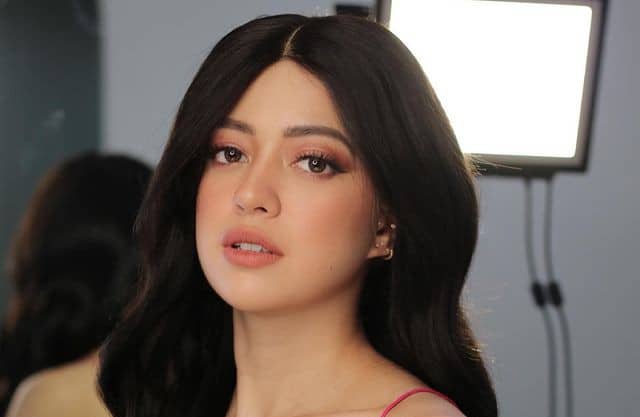 Who is Sue Ramirez?

Sue Ramirez is a Filipino-American film and television actress, model and singer who is popularly known for her amazing modeling, singing and acting skills throughout the Philippines. She is known for her works in “Annaliza”, “Mula Sa Puso”, “Angelito: Batang Ama”, “Hanggang Saan”, “Dolce Amore” and others.

This article contains information about Sue Ramirez such as her biography, age, career, net worth, boyfriend and other facts about her but before we proceed let’s quickly go through her profile summary below.

Sue Ramirez was born as Sue Anna Garina Dodd on July 20, 1996 in Sipalay, Negros Occidental, Philippines. As of 2022, she is 26 years old. She holds a Philippine nationality and her birth sign is Cancer. In addition she is also of mixed ethnicity.

Talking about Ramirez family background, her father whose name is James Peter is an American retired senior officer of the US state department while her mother’s name is Concepcion Garina. Sue also has four older siblings, she has three sisters and one brother.

Concerning her educational background, she attended Sacred Heart School in Parañaque. For now this is the only educational information available about her.

Sue Ramirez started her acting career in 2011 when she appeared as Nicole Matias in the ABS-CBN remake of “Mula sa Puso”.

The series which was just a season premiered in March 2011, consisting of 98 episodes. That same year she made her debut film playing a minor role in “Aswang” and a supporting role in ABS-CBN’s drama television series “Angelito: Batang Ama”.

In 2012 she played her second major role in ABS-CBN’s  remake of “!Oka Tokat”. She was cast as Luna in this series and was paired with Paul Salas as her first love team partner.

That same year (2012) she reprised her role as Luna in the sequel to ABS-CBN’s drama television series “Angelito: Batang Ama”, followed by a supporting role in an episode of ABS-CBN’s anthology drama “Maalaala Mo Kaya – Baul”.

Moving on to 2013 she appeared as Luisa “Louie” Celerez in ABS-CBN’s “Annaliza”. This television series was a remake of the same name produced by GMA Network. In 2014 she made an appearance in another episode of ABS-CBN’s anthology drama “Maalaala Mo Kaya – Panyo”.

In the year 2015 Ramirez casted as Michelle Gutierrez in ABS-CBN’s television series “Wansapanataym”, followed by a participation in Nasaan Ka Nang Kailangan Kita remake of the film of the same name. That same year she participated in the fourth batch of the fifth season of Kapamilya, Deal or No Deal, entertained by Luis Manzano.

In the same 2015 Sue Ramirez amazed her fans with her acting skills when she played the role of Joy “Ligaya” Miranda, the third wheel in Yna Macaspac and Angelo Buenavista’s love story in the Book 2 of the hit TV drama remake of “Pangako Sa ‘Yo”.

In 2016 she played the character Angel (Serena’s biological sister played by Liza Soberano) in Dolce Amore in “Maalaala Mo Kaya – Paru-paro”. That same year she was chosen to be the new Honorary Tourism Ambassador for Korea to the Philippines, replacing fellow actress Jessy Mendiola.

In 2017 Ramirez played a lead role in horror film “The Debutantes”. In 2018, she starred in a romantic movie with Jameson Blake titled “Ang Babaeng Allergic sa WiFi”. And in 2019 she was cast as a prostitute in the film “Cuddle Weather”.

Talking about Sue’s romantic live, she is known to have dated BoybandPH member Joao Constancia in the past.

As of when this article was updated (Aug 2, 2022) Sue Ramirez currently dates her new boyfriend Javi Benitez. He is the Mayor of Victorias City, Negros Occidental.

So far in Sue Ramirez professional career she has received fourteen award nominations out of which she has won seven.

This Filipino-American actress, singer and model has a height measurement standing at 5 feet 4 inches tall and she weighs about 50kg.

Sue Ramirez is a Filipino celebrity who has accomplished a lot and made a mark in the Philippines Film and TV industry. She has accumulated huge amounts of money from her acting and is living a comfortable lifestyle.

It is reported that Sue Ramirez has an estimated net worth of $2 million USD approximately.