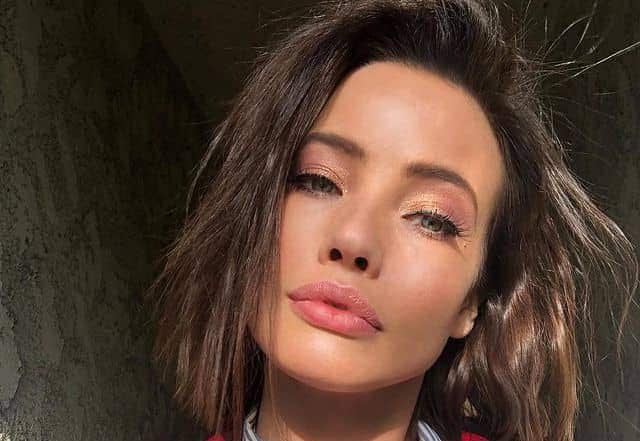 This article talks about Danish model and actress “Stephanie Corneliussen” and in it, we will be covering her biography, age, career, net worth, family background, and other facts about her. Before we proceed let’s have a look at her profile summary below.

Stephanie Corneliussen was born in Copenhagen, Denmark on April 28, 1987. She holds Danish nationality and her ethnicity is white. Stephanie celebrates her birthday every year on April 28 and as of 2022, she is 35 years old.

For now, information regarding her parents, and siblings are yet to be revealed to the general public.

Stephanie studied ballet in Copenhagen while attending Johannesskolen in Frederiksberg. She holds a degree in graphic design.

Stephanie Corneliussen started her career as a model when she was 13 years old. According to reports, she was found and persuaded to enter the Supermodel of Scandinavia competition by Jacqueline Friis Mikkelsen, the CEO of Unique Models, a global modeling agency with headquarters in Copenhagen.

After winning the competition, she started a career as an international model. She started studying in the UK in 2007 and moved to Los Angeles in 2011 while continuing to advance her modeling career.

Numerous magazines, including GQ, Vanity Fair, treats!, Vs., Playboy, and Vogue have featured Corneliussen and placed her on their covers. She has additionally participated in a number of advertisements and advertising campaigns for companies such as bebe, Armani, Dasani, Lexus, and Nikon.

Stephanie made her acting debut in the 2014 television series “The Rebels” playing the role Gorgeous Intern Ashley. Prior to her appearance in “The Rebels” she had an uncredited role as Desert Witch in “Hansel & Gretel: Witch Hunters” (2013).

In 2015, she portrayed Joanna Wellick in the USA Network drama–thriller television series “Mr. Robot” which ran from (2015 to 2017). That same year she appeared in “The Exes”, and “Bad Judge”.

She was chosen to play the show Deception’s enigmatic antagonist “Mystery Woman” in 2018. She made a 2019 appearance in Noah Hawley’s “Legion” as Gabrielle Haller.

In 2022, Stephanie will play Viktoria in the American supernatural horror film “The Invitation” written and directed by Jessica M. Thompson, co-written by Blair Butler, and produced by Emile Gladstone.

Stephanie Corneliussen was married to Danish rapper Orgi-E but they got divorced in 2011. She also dated American rapper and singer Bryce Vine in 2015.

Stephanie has one child and her sexual orientation is bisexual.

Stephanie Corneliussen is well-known for her diversity in terms of acting and creative skills, and as a result, she has amassed a significant amount of wealth. It is reported that she has an estimated net worth of $1.5 million dollars approximately.