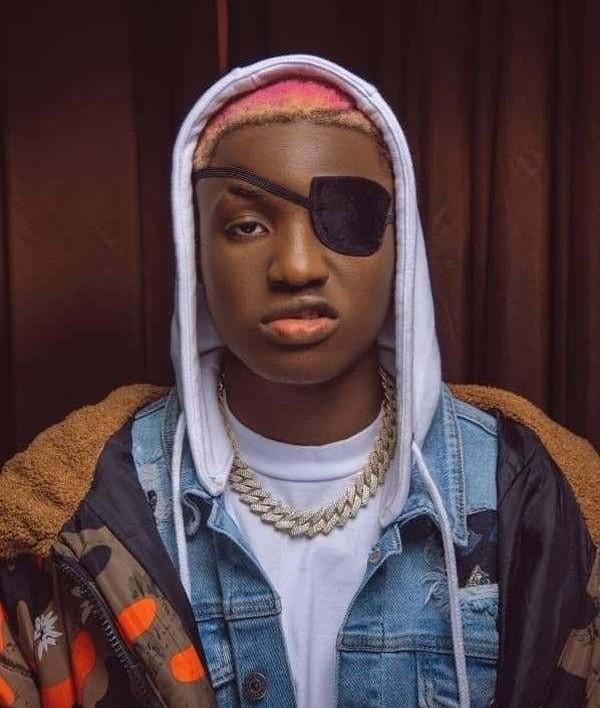 Ruger whose real name is Michael Adebayo is a Nigerian a 22-year-old singer, rapper and songwriter. He is the latest signing to Jonzing World Record label.

Ruger’s signing is different from that of Rema’s and has no affiliations with Mavins Records. Ruger who was formerly known as Mikki Drey is another major signing for Jonzing world records after that of Rema’s.

In this post I will be writing about Ruger’s biography and why he wears an eye patch, before that, let’s quickly have a look at his profile.

Ruger was born Michael Adebayo on September 23, 1999 in Lagos Nigeria. He holds a Nigerian nationality and belongs to the Yoruba tribe. This Nigerian singer and songwriter celebrates his birthday every year on September 23 and right now he is 22 years old.

Is Ruger blind? The answer is no, Ruger is not blind neither was he born blind. During an interview with Max FM Nigeria, Ruger revealed that he wore an eye patch in respect for someone, which he also included would be a disrespect to that person if he went on to talk about it.

Ruger started music at a very young age. He joined his church choir and was also a part of his school musical band. From there he began writing songs and performing in musical concerts.

After the signing, he made his first debut single for the record label titled “One Shirt” on 20th January, 2021. This single featured Rema and Jonzing world boss D’prince.

On August 9, 2021, Ruger was among those nominated for “Best New Artist of the Year” in Africa Choice Awards.

Below are a list of some songs from this Nigerian artist.

As of the time, this article was written Ruger is yet to reveal his relationship status to the public.

This Nigerian artist has made lots of money from his music career and is living a comfortable lifestyle with his family. It is reported that he has an estimated net worth of $350,000 dollars approximately.

To stay connected with this Nigerian artist you can follow him on his various social media handles below: