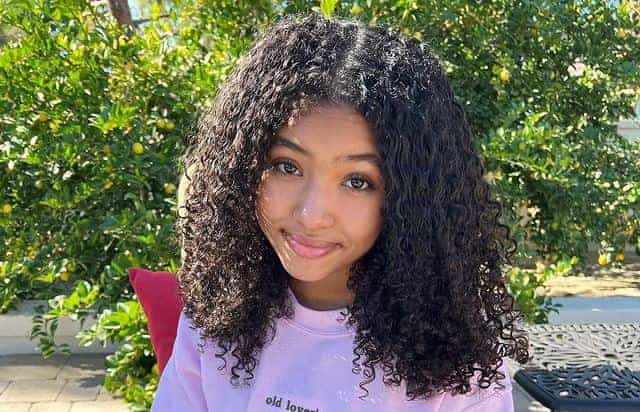 Who is Anais Lee?

Anais Lee is a 15-year-old American model and actress known for portraying Jessi Ramsey in Season One and Two of Netflix’s series “The Baby’s Sitters Club”.

This article contains information about Anais Lee such as her biography, age, family background, parents and other facts about her.

Anais Lee was born Anais Marie Lee on January 9, 2007 in Philadelphia, Pennsylvania, United States of America. Her mother is African American and her father is English. She holds both American and English citizenship.

This young actress celebrates her birthday every year on January 9 and right now she is 15 years old.

Talking about Anais Lee’s family background, her parents are Shawane and Nicholas Lee and she has a twin sister named Mirabelle Lee.

Her father Nicholas is an Engineer and her mother Shawane is a Corporate lawyer.

As of the time this article was written, information about Anais’s educational background are yet to be disclosed to the public.

Anais Lee started off as a model at the age of three, she was discovered by a photographer who came across her and twin sister Mirabelle sitting out in the park with their babysitter.

The photographer approached them and talked about doing a photoshoot with them for the children’s clothing company “Llum”. Their mother contacted the photographer a few weeks later, and they had their first photo shoot.

They were so enthusiastic about modeling that their mother forwarded some of the images to New York modeling agencies, and they received a response almost immediately.

After two years of modeling Anais and her sister Mirabelle started auditioning for movies, TV shows and Commercials.

It Might Interest You To Know About Leah Rose Clements Biography, Age, Net Worth, Height, Parents, Wiki

Anais and Mirabelle were five years old when they got their first role (i.e they shared the same role) as Janie in the 2013 film “Blood Ties”. Anais Lee became well known for her acting skills when she played Jessi Ramsey in season one and two of Netflix’s series “The Baby’s Sitters Club”.

Anais became a ballet dancer when she was 11 years old. She and her twin sister Mirabelle have performed in “Brothers of the Knight,” Debbie Allen’s musicals “Hot Chocolate Nutcracker” and as well as dancing on the Sesame Street float in the Macy’s Thanksgiving Day Parade and winning the iced-out mic on Nickelodeon’s “Lip Sync Battle Shorties” Twin Shorties episode.

Anais is the oldest twin, she was born one minute before her sister Mirabelle.

As of the time this article was written, Anais hasn’t disclosed information about her relationship status to the public.

Anais Lee has made lots of money from her modeling and acting as an actress. It it reported that she has an estimated net worth of $350,000 dollars approximately.