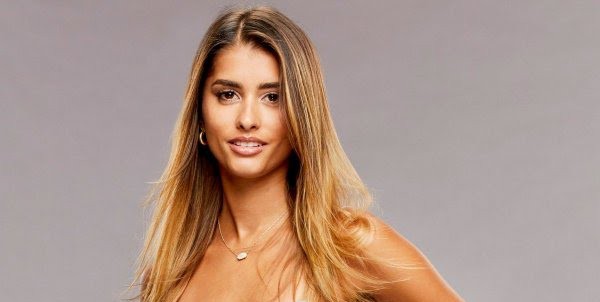 Big Brother 23, is the twenty-third season of the television reality program Big Brother. This season premieres on July 7, 2021, with a live move-in on CBS in the United States. The show chronicles a group of contestants, known as HouseGuests, as they compete to be the last competitor remaining to win a grand prize of $500,000.

This season’s cast includes a Flight Attendant, Attorney, Forensic Scientist, and a Make-Up Artist, and already one contestant—Christie Valdiserri—has had to drop out of the series after testing positive for coronavirus.

Alyssa Lopez is from Sarasota, Florida. She is one of the 16 Big Brother contestants. Alyssa is 24 years old and is a Swimwear designer.

Alyssa talked about her strategy for winning the game this year, which is to make sure she wins the very first HOH. She says: “I think the first HOH is the most important one. I would then be able to align myself with powerful physical and mental players, but I’d also try to make a final two alliance with someone outside of that. That way I can see the game from all angles. I think my social game is what will help me the most. I am very outgoing, understanding, and comforting. Houseguests will want to talk to me about their thoughts on other Houseguests and I will use that to my advantage by having a lot of people trust me”.

Who are your favorite Houseguest duos?

Those who became best friends in the Big Brother house or had a showmance?

My favorite Houseguest duo is 100 percent Jessica and Cody from Season 19.

What are you most excited about living inside the Big Brother house?

She says: “I am most excited to just live out my number one bucket list goal. I have religiously watched Big Brother since I was 11 years old and I have applied four times. I have a photo of the Big Brother logo on my vision board. It will also be exciting to meet new people around the U.S. and live somewhere different then Sarasota. I have never lived outside of Sarasota in my life”.

What do you think will be the most difficult part about living inside the Big Brother house?

Having to suck up to Houseguests I may not get along with. I have a very hard time putting on a fake smile because I wear my emotions on my face. I will have to learn to keep quiet during situations where it is probably best not to say my opinion to help my own game.

What would you take into the house and why?