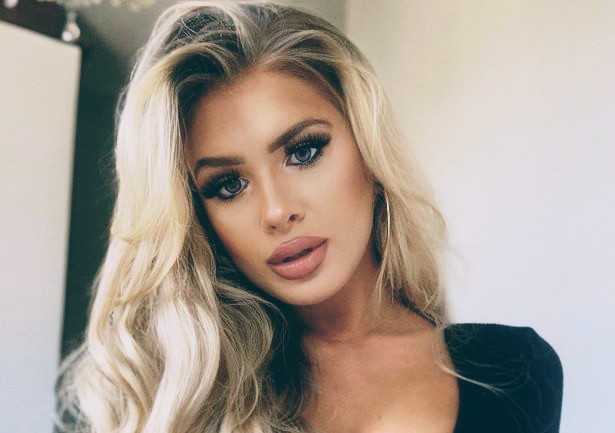 Who is Liberty Poole?

Liberty Poole is a 22-year-old British model and Television personality who starred in the seventh season of Love Island in 2021 and the fourteenth season of Dancing on Ice in 2022.

This article contains information about Liberty Poole such as her biography, age, career, net worth and other facts about her. Before we proceed let’s have a look at her profile summary below.

Liberty Poole was born Liberty Amor Poole on September 6, 1999 in Birmingham, United Kingdom. As of August 2022, she is 22 years old, she has a step father and a biological mother who have been very supportive of her.

Liberty Poole studied marketing at Birmingham City University. Earlier she kept her studies on hold which she says she plans on finishing her marketing degree once the show (Love Island) is over.

Has She Dated Anyone?

Liberty says prior to her coming up for the show “Love Island” that she has only been in one relationship, that ended up badly. She says this was because she was betrayed by her partner.

To this question Liberty says, she has been approached several times at work (Nando’s) but only because there wanted to get a discount. Liberty also said, she has been proposed to at work but it was in form of a charity support badge.
Before coming into “Love Island” Liberty said she was single and was not in any relationship with anyone.

“I’ve never had that nice, happy relationship so I think it will be nice and something for me to experience. Obviously, I want the best summer ever because we have been in lockdown for a year so it would be nice to go away and enjoy the sun and make friends as well. I’m excited, I’m a bit of a social butterfly so I love to meet new people. I’m a girls’ girl as well so I can’t wait for the girly friendships. It’s going to be fun!”

What Liberty Wants in a Partner

“I like a tall, alpha male, confident, cheeky chappy sort of guy. But obviously, that’s always usually combined with player types, which is where I go wrong. So I am trying to change my ways and go for more of a nicer guy that is going to treat me right.”

Liberty Poole is partnered with Jake Cornish in the TV reality show.

Poole appeared in the seventh season of Love Island in June of 2021. On the first day, she hooked up with Jake Cornish and they started a relationship. Four days before the final, they opted to walk out of the villa on August 20, 2021, before informing the rest of the cast of their breakup.

Poole is adamant about ending the relationship, saying, “There were already things in my mind that we weren’t right for each other.”

At the 26th National Television Awards, Poole and a few of her Love Island co-stars presented the Newcomer award. In a £1 million contract later that month, she was named the new brand ambassador for fashion house InTheStyle. Poole signed brand agreements with Skinny Tan and Boux Avenue in October 2021.

Poole competed in the fourteenth season of Dancing on Ice in 2022. Her first skate is to the song Shout Out to My Ex by Little Mix. She admitted to watching the show with her mother as a child before her participation on the show. She had modest on-ice skills and enjoyed skating as a hobby.

Liberty Poole coupled with Jake Cornish during the 2021 edition of Love Island but they broke up four days before the final.

Poole has a height measurement standing at 5 feet 5 inches tall and weighs about 62 kilograms.

This British TV personality has an estimated net worth of $1 million dollars approximately.