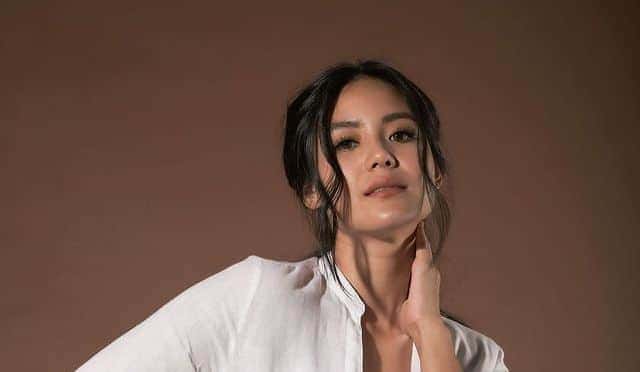 Ritz Azul is a 28-year-old Filipino actress, singer, model, and TV host popularly known for her works in Mata tapang (2018), The Missing (2020) and Separados (2014). She is currently married to Allan Guy.

This article talks about Ritz Azul and in it, we will be covering her biography, age, career, net worth, family background, and other facts about her. Before we proceed let’s have a look at her profile summary below.

Talking about her educational background, Azul enrolled at the Lyceum of the Philippines University’s Bachelor of Science in Accountancy program, but she dropped out to focus on her showbiz career.

As of the time this article was written, information about Azul’s parents, siblings and relatives are yet to be disclosed to the public.

As stated in her IMDb profile, Ritz Azul made her acting debut in 2011 appearing in the TV series titled “Mga nagbabagang bulaklak” as Daisy Flores.

She, along with Danita Paner, Arci Muoz, Jasmine Curtis, and Eula Caballero, are one of TV5’s Primetime Princesses today.

However, in 2016, she signed a two-year exclusive contract with Star Magic and ABS-CBN Management, guesting in the hit prime-time TV series FPJ’s Ang Probinsyano, which starred Coco Martin.

She is also starring with Paulo Avelino and Ejay Falcon in her debut ABS-CBN teleserye, The Promise of Forever.

She just received two honors in 2011: the Golden Screen TV Awards’ Outstanding Breakthrough Performance by an Actress and the Yahoo! Philippines OMG Awards’ Amazing Female Newcomer, both for the drama Mga Nagbabagang Bulaklak.

Likewise in 2014 she was nominated for Outstanding Performance by an Actress in a Drama Series in Golden Screen TV Awards, Philippines.

In 2015, she was nominated for New Movie Actress of the Year in Stars Awards for Movies. Also in 2018, she received two nominations for Best Ensemble and won Best Supporting Actress in CineFilipino Film Festival.

In 2020, she was nominated for Best Actress in Metro Manila Film Festival.

From 2010 to 2013, Ritz Azul served as the chairwoman of the Sangguniang Kabataan in her hometown of Dila Dila in Santa Rita, Pampanga.

Ritz Azul is well-known for her diversity in terms of acting and creative skills, and as a result, she has amassed a significant amount of wealth.