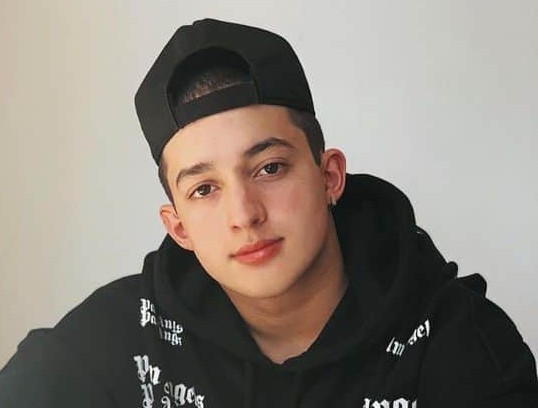 Who is Daniel Miranda?

Daniel Miranda is a Professional Race Car Driver, social media personality and partner of Filipino actress Sofia Andres. He is popularly known for his driving skills and for also being the father of Zoe Natalia Miranda.

This article contains information about Daniel Miranda such as his biography, age, career, net worth and other facts about him but before we proceed let’s quickly have a look at his profile summary below.

Daniel Miranda was born as Daniel Lhuillier Miranda on December 15, 1995 in the Central Visayas (Region VII) region Cebu, Philippines. As of 2021 he is 26 years old. Daniel holds a Philippine nationality and his birth sign is Sagittarius.

Talking about Daniel’s family background his father Martin Miranda is a karter, motocross rider, and drag-racer, while his mother Angelique Lhuillier-Miranda is an entrepreneur. He also has a brother whose name is Enrique Miranda. His grandparents were Philippe Lhuillier and Edna Diago Lhuillier, the owners of the country’s largest pawnshop chain, Cebuana Lhuillier Pawnshop.

Concerning his educational background he completed his high school at his hometown and then attended elite colleges in Sydney, Australia. Afterwards he graduated with a Bachelor’s degree in Business Administration.

Daniel Miranda began to develop an interest in car racing when he was very young. From there he began watching race car competitions and admired his father who was already a race car driver.

After getting the go ahead from his parents Daniel officially kick-started his career in Asian Karting Open Championship – Formula 125 Junior Open competition in 2011. He finished in 21st position. From there he began to represent the Eurasia Motorsport team. In 2018 he was ranked 5th position when he competed in the Asian Formula Renault Series.

So far in his career he has participated in over 21 race competitions. He has also participated international in countries such as Macau, Singapore and Indonesia. In 2019 he won the title Asian Driver Champion.

Apart from being a professional race car driver Daniel Miranda is famous for being the celebrity partner of Filipino actress and model Sofia Andres. Their relationship started in 2017 and they welcomed their first child Zoe Natalia Miranda on November 24, 2019.

This Filipino race car driver has a height measurement standing at 5 feet 7 inches tall and he weighs about 70kg.

Daniel Miranda is a professional race car driver who took after his father Martin Miranda. He has accumulated huge amounts of money from his racing and is living a comfortable lifestyle. It is reported that he has an estimated net worth of $2.5 million USD approximately.