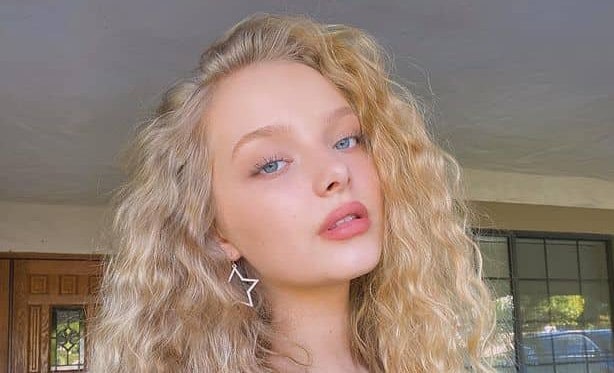 Who is Amiah Miller?

This article talks about American model and actress “Amiah Miller” and in it, we will be covering her biography, age, career, net worth, family background, and other facts about her. Before we proceed let’s have a look at her profile summary below.

Amiah Miller was born in Virginia, the United States of America on July 16, 2004, and therefore holds an American nationality by birth. She belongs to the white ethnic group and her ethnicity is white.

In pursuit of a career in acting, Miller took up acting training classes in Los Angeles, CA, and Florida which lasted for about a year (i.e from 2013 to 2014).

Regarding Miller’s family members her mother’s name is Kaydee Mille and she has two brothers one older and one younger whose names are Austin Hunter Wilson and Jaxon Miller. For now, information about her father has not been revealed to the public.

After months and years of hard work and sheer determination, Amiah Miller made her debut as an actress in 2014 when she played the role of Young Clementine in the TV movie “Clementine”.

In 2015, she made her television debut as Paula Makiato in Nickelodeon’s television comedy-drama series “Henry Danger”. That same year, she also got to play the roles of Noah, 9 Year Old Shelby, and Riley in “Richie Rich”, “Best Friends Whenever”, and “How We Live”.

She officially made her film debut in 2017 playing the role of Nova in the American science fiction action and multiple award-winning movie “War for the Planets of the Apes”. This movie is said to have made over $490.7 million (i.e more than twice it’s budget) at the Box office.

Miller continued to feature in lots of projects as the years went by including the 2020 films “Anastasia” and “The Water Man” in which she was cast as Megan and Jo Riley respectively.

In 2022, Miller played Gretchen in Amazon Studios’ supernatural horror film “My Best Friend’s Exorcism”  directed by Damon Thomas from a screenplay by Jenna Lamia, based on the novel of the same name by Grady Hendrix.

When discussing her private life, especially her romantic life, Miller has exercised extreme caution. Because of this, we are unable to determine her current relationship status.

In addition to being a model and actress, Miller is also a martial artist as she spends some of her time in the mixed martial arts gym owned by her family studying Muay Thai and Jujitsu.

This talented American celebrity has a height measurement standing at 5 feet 5½ inches tall and weighs about 50 kilograms.

Amiah Miller is well-known for her diversity in terms of acting and creative skills, and as a result, she has amassed a significant amount of wealth. Sources online say that she is worth $500,000 approximately.