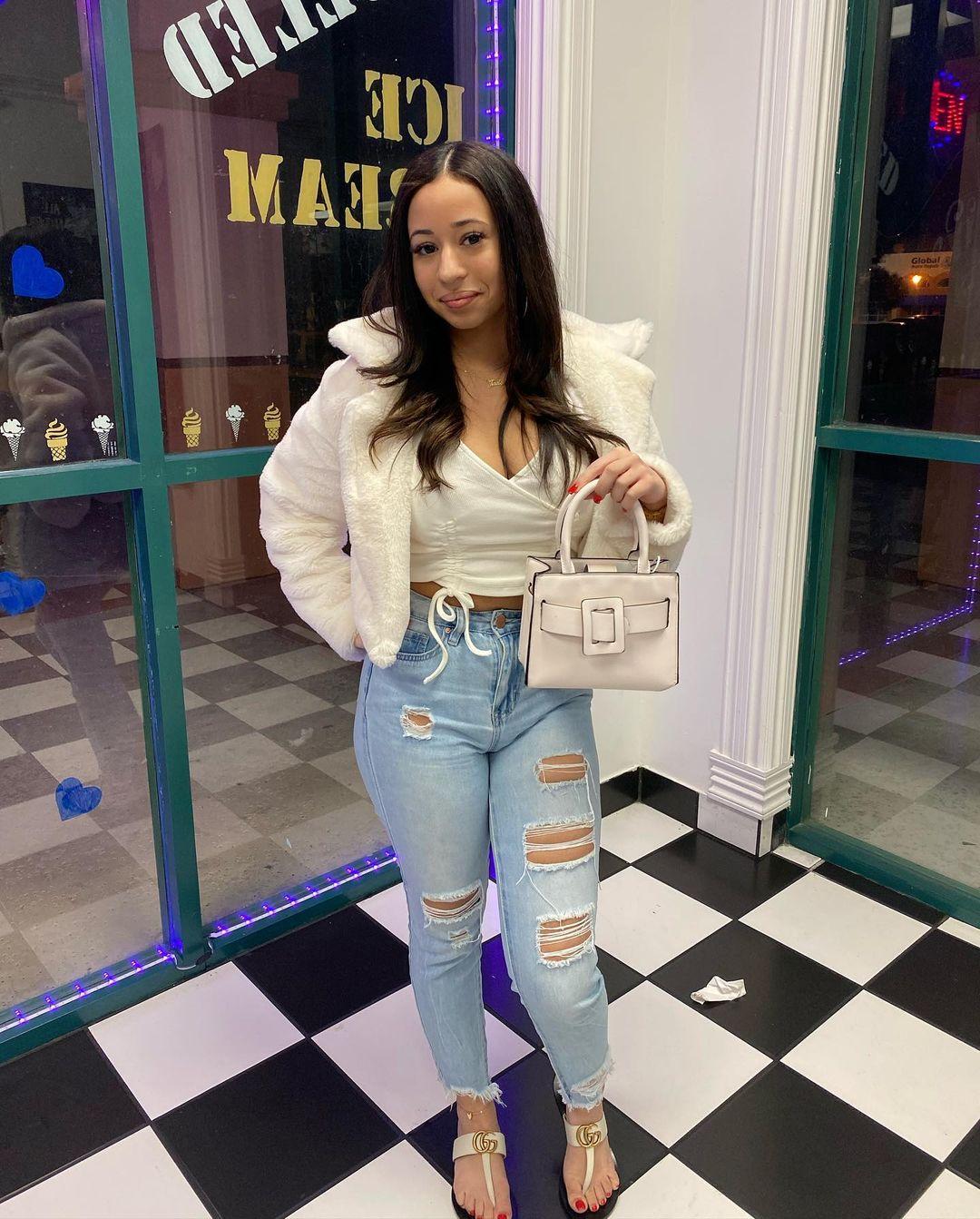 Who is Jaden Newman?

Jaden Newman is an American female basket ball player. She is also a TV personality and Instagram star. Jaden became the youngest girl to score 1,000 career points at the varsity level. In this post I will be writing about Jaden’s biography, age, sibling, parents and other facts about her. But first let’s quickly take a look at her profile:

Jaden has an older brother Julian Newman who also is a basketball player. Jaden’s parents are Jamie Newman and Vivian Gonzalez who also at a stage in their early life happened to have played basketball.

Jaden’s mother Vivian Gonzalez is from Puerto Rico. she played basketball as a point guard for University High School in Orlando. She also served four years in the United States Navy and now currently works at the United States postal service.

Jaden’s father Jamie Newman was a basketball player also, he played as point guard for Colonial High School in Orlando In 2012 Newman’s Dad retired from playing basketball and that same year he became a history teacher and head coach at Downey Christian School.

Jaden’s brother Julian Newman is also a basketball star who became famous in the year 2012 after a video of him playing varsity basketball went viral on YouTube.

What’s Next for Jaden.

Jaden is still a young lady with a bright future ahead of he, 16 years of age and still under the care of her retired basketball parents Vivian and Jamie. She is still a student at Downey Christian School and expected to graduate in 2022. Jaden Newman has already gotten a college offer from the University of Miami. While in school Jaden still pursues her career in basketball and aims to play for the Connecticut basketball team.