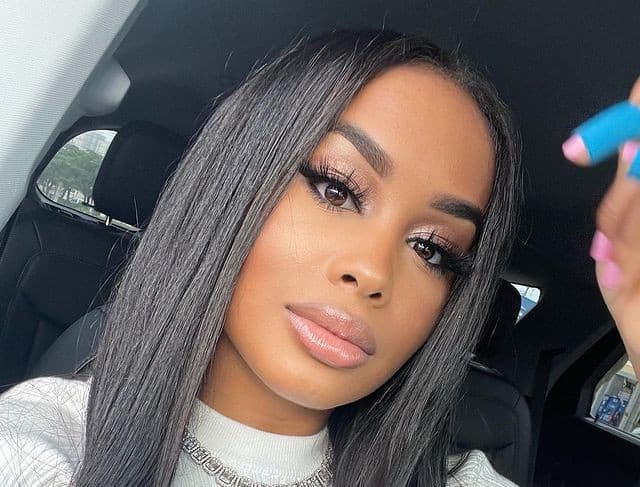 DreamDoll is an American female rapper and reality star who gained prominence for appearing on the sixteenth season of the hit series Bad Girls Club. She is also known to have appeared on season eight of VH1’s Love & Hip Hop: New York.

As a musical artists she is known for her debut EP Live in Plastic and songs like Watchu Like which has brought her substantial music audience. The reality personality is also a social media personality as she has amassed over 4.4 million plus followers on Instagram.

In this post I will be writing about DreamDoll’s biography, age, real name, net worth and other facts about her but before we move on let’s quickly have a look at her profile summary below.

DreamDoll real name is Tabatha Robinson. She was born on February 28, 1992 in The Bronx, New York, United States of America.

Taking about DreamDoll’s age, she celebrates her birthday every year on February 28. As of 2022, she is 30 years old. Her zodiac sign is Pisces and she is also known as Tabatha Unique Gibbsons.

Talking about her parents and family background her father whose name is yet to be disclosed is an entrepreneur while her mother’s name is LaTonya Clark. Also Doll has 5 siblings whose identities are yet to be revealed.

Doll attended Bronx Academy Highschool in New York. After highschool she attended Westchester College as well as graduating from Herkimer Community College with a degree in Business Management.

In 2015, DreamDoll started working as a bartender at Starlets Gentlemen’s Club in Queens, New York.

During this period she began growing her social media presence which led to her role in the sixteenth season of Oxygen hit series “Bad Girls Club: Social Disruption” and she also became a cast in the 8th season of Love & Hip Hop: New York.

In 2017, Doll decided to pursue her career in music. She signed a deal with Gwinnin Entertainment Label (owned and managed by DJ Self) and officially released her debut single “Everything Nice” on May 16, 2017.

Some of her popular songs as an artist are “Ah Ah Ah”, “Everything Nice”, “Dream Bae”, “Make Your Move and others.

Below are a list of some songs by Dream Doll

This TV personality and influencer has been in many relationships over the past few years. According to some sources she dated some popular rappers like Arrogant Tae and YBN Almighty Jay. Currently she is dating Bankroll Freddie.

This American rapper and media personality has a height measurement standing at 5 feet (1.52m) tall and has a weight measurement of about 50 kg (121 pounds). According to some sources it is said that Doll has undergone surgery.

DreamDoll has amassed wealth over the years with source of income majorly coming from her music career with this she has an estimated net worth of $5 million USD approximately.