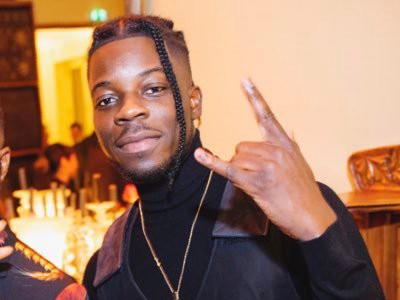 Thutmose is a Nigerian born, Brooklyn based rapper whose breakthrough came through a freestyle, he did on the beat of Kendrick Lamar’s “HUMBLE”. This breakthrough drew attention to Thutmose.

Thutmose whose real name is Umar Ibrahim was born in Lagos, Nigeria on the 4th of August 1995. He is a singer, songwriter and rapper. At age 7, he moved to New York with his parents after an armoury explosion that happened in Lagos in the year 2002.

Thutmose attended Alfred State College, where he studied Computer Science. After a year of study he dropped out of school to fully pursue music.

After leaving school to pursue music fulltime, Thutmose made some songs which were released in 2016. But in 2017 he had a major breakthrough when he made a video of himself freestyling to Kendrick Lamar’s beat “HUMBLE”. This freestyle video went viral and brought attention to him.

That same year he released his single “WuWu” (meaning “What’s up with you”) through a music discovery site known as “Pigeon and Planes”. Thutmose described the song as a remainder that there’s still a lot of love in the world, despite it’s dark times.

On April 30th 2018. Thutmose released another song titled “Run Wild” featuring NoMBe. This song was released alongside the trailer for EA Sports FIFA 17 as it theme song. Then on 24th October, 2018, Thutmose released his debut solo mixtape “Man of Fire”.

With these successes Thutmose was included in the soundtrack album of Marvel’s Spider-Man: Into the Spider-Verse which was released on the 14th of December 2018.

On the 10th of November, 2019. Thutmose was part of a virtual hip-hop group called True Damage. This group together with Thutmose made the song “Giants” to promote League of Legends. He played the character Ekko.

He was also a part of the song”Run it” with Cal Scruby which was released on December 12, 2020. After which he did a collaboration with American Dj, DJ Steve Aoki and South Korean band 에이스( meaning “ace” in English). This song was released on January 8, 2021.

There is currently no estimated net worth for this young American rapper.

To keep up with Thutmose, you can follow him on his social media below: