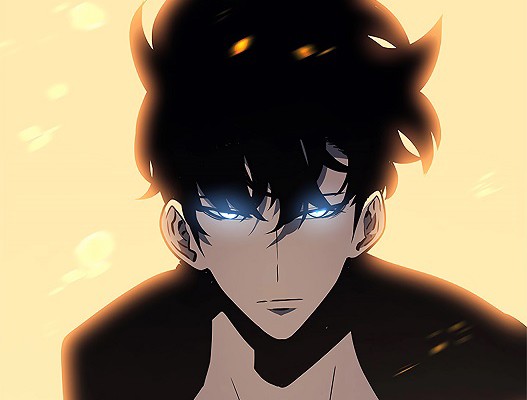 Who is Sung Jin Woo?

Sung Jin-Woo (성진우, seongjin-wu) is the main character in the web novel Solo Leveling. He was formerly a very weak E-Rank Hunter, but when he was chosen as the Player of the System, he was given the chance of a lifetime and was given the power to grow stronger without limits.

Jinwoo eventually ascended to power as humanity’s greatest hunter and the second Shadow Monarch by making use of the possibilities provided to him by the System.

Being the older brother of Sung Jin-Ah, Sung Jin-Woo is the oldest child of Sung Il-Hwan and Park Kyung-Hye. Soon after being awakened, his father, a firefighter, began entering the Dungeon to earn money, but he soon disappeared.

After his mother was diagnosed with the Eternal Slumber Disease, Jin-Woo, a graduate, began working in the dungeons to help support his family and pay for his mother’s medical expenses while also caring for his younger sister.

Sung Jin-Woo is a tall, good-looking young man with black hair, gray eyes, and angular features. His eyes glow vivid purple when he is using his abilities or when he is angry. He almost usually appears dressed in gloomy colors, especially black.

Prior to this Jin-Woo wasn’t that good-looking and he wore basic clothing due to his lack of funds. However, everything changed when he was chosen by the System.

Jinwoo is a self-assured man with a strong sense of loyalty to his family and a desire to attain power. He loves his mother Park Kyung-Hye and sister Sung Jinah dearly.

Furthermore, it should be emphasized that despite being the world’s strongest hunter, Jinwoo is not overly haughty and is friendly and kind in person.

Despite being an Awakened Human with physical prowess greater than that of other humans, Sung Jin-Woo was weaker than other Hunters of higher ranks and nearly died multiple times in lower-level dungeons.

But after his Reawakening in the Double Dungeon, he became a Player and was able to level up and get stronger almost like a gamer. Since then, Jin-Woo has leveled up steadily by completing the many dungeons and unique ones to which he had exclusive access and developing his skills and powers by utilizing the System.

Jinwoo, the Shadow Monarch’s vessel, is the world’s strongest hunter and far surpasses the raw power of the seven Rulers’ vessels. Therefore he possesses the following abilities below.