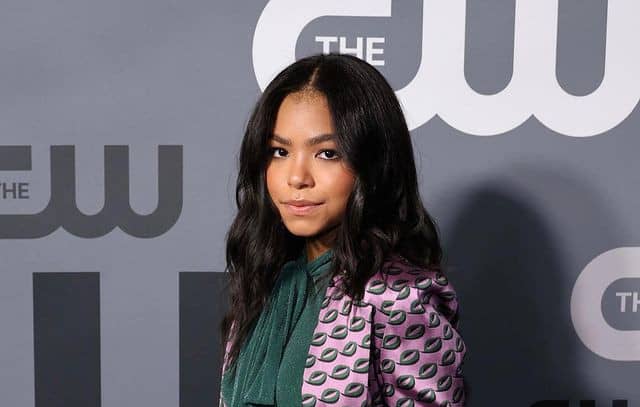 Who is Navia Robinson?

Navia Robinson is a 17-year-old American actress, model, and dancer popularly known for playing the role of Nia Baxter in the Disney series “Raven’s Home”. She is also known for her appearances in “The Vampire Diaries” and “Free Rein”.

This article talks about American star “Navia Robinson” and in it, we will be covering her biography, age, career, net worth, family background, and other facts about her. Before we proceed let’s have a look at her profile summary below.

Navia Ziraili Robinson popularly known as Navia Robinson was born in Marietta, Georgia, United States on May 4, 2005. She holds an American nationality and her ethnicity is mixed. Talking about Navia’s age, she is 17 years old in 2022.

Navia Robinson began pursuing her career when she was 5 years old. And at age 6, she her dreams of becoming an actress when she played D’Asia, Mary Jane Paul’s (Gabrielle Union) niece in the popular BET Network drama “Being Mary Jane.”

To her joy, Nicki Minaj personally chose Navia in early 2016 to play Tasha, Nicki’s childhood closest friend, in the ABC’s Freeform Network pilot and ordered to series “Nicki,” which centers on Nicki’s life growing up in Queens, New York.

Soon after, her passion took her to the UK, where she played the role of Rosie in “Free Rein,” a Netflix series that won an Emmy® Award. She then played Janie in The CW’s series “The Vampire Diaries” after moving back to the States.

Navia gained more fame and recognition for her acting skills when she played the role an intelligent and socially conscious teen daughter of Raven Symone’s named Nia Baxter in the Disney comedy series “Raven’s Home,”. She also appeared in the Disney series “Bunk’d”.

Navia started winning awards when she was young. In 2011, she was awarded the title for Top Child Model at Actors, Models, and Talent for Christ.

In 2021, she was nominated for “Outstanding Young Performer in a Children’s Program” for playing: “Nia” in DayTime Emmy Awards.

As of the time this article was written, the exact relationship status of Navia is yet to be revealed to the public.

This American actress has a height measurement standing at 5 feet 3 inches tall and weighs about 50 kilograms.

Navia Robinson is well-known for her diversity in terms of acting and creative skills, and as a result, she has amassed a significant amount of wealth. It is reported that she has an estimated net worth of $700,000 dollars approximately.