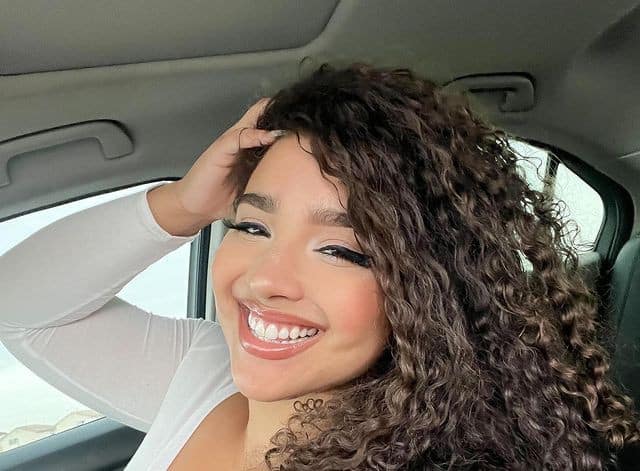 Who is Demetria Obilor?

Demetria Obilor is a 31-year-old TV personality and Instagram personality who made the headlines in 2017, due to her response to being body-shamed by a viewer named “Jan Shedd” during her time at ABC’s Channel 8.

This article talks about TV personality and host “Demetria Obilor” and in it, we will be covering her biography, age, career, net worth, family background, and other facts about her. Before we proceed let’s have a look at her profile summary below.

Demetria Obilor was born to a Nigerian father and a German-Lithuanian-Russian mother in Kansas City, Missouri, United States on March 29, 1991. She holds both American and Nigerian nationality and her ethnicity is mixed.

Talking about Demetria’s age, she celebrates her birthday every year on March 29. As of 2022, she is 31 years old.

In regards to her family background, Demetria is yet to reveal information about her parents to the public. However we know she has three brothers and their names are Uzoma, Ikenna, and Kelechi.

Demetria Obilor attended Johnson County Community College from 2009 to 2010. She also attended University of Kansas starting from 2010 and graduated with Bachelor of Science in broadcast Journalism in December 2012.

During her schooling years, Demetria worked as an Update correspondent, Operated audio board and teleprompter for news shows, wrote crawls, edited scripts and recorded live sporting events for the news show sports segment, for KUJH-TV News in 2011.

Demetria also worked as a guest radio host for morning radio program, Breakfast for Beat Lovers, every Wednesday from 10 a.m. to 12 p.m and answered station phone, accepted requests from listeners, discussed relevant and entertaining topics on-air on KJHK Radio for five months in 2011.

In 2012, she worked as Hot 103 Jamz intern at Carter Broadcast Group. She also worked as a Production Technician in Kansas city for about a year.

In 2017, Demetria made headlines when she responded to a body shamed post (now deleted) by a viewer named “Jan Shedd” during her time at ABC’s Channel 8. See post below:

Jan is big mad. Don’t be like Jan. pic.twitter.com/ytAKJHMXBy

“The controversy, it’s coming from people who aren’t too happy with the way that I look on television saying ‘oh her body is too big for that dress’, or ‘she’s too curvy’, or ‘her hair is unprofessional, it’s crazy, we don’t like it’. A quick word to those people: this is the way that I’m built, this is the way I was born, I’m not going anywhere, so if you don’t like it you have your options.”

Although Demetria Obilor has not disclosed any personal information about her relationships, sources claim that she is currently single.

This American media personality has a height measurement standing at 5 feet 4 inches tall and weighs about 62 kilograms.

Demetria Obilor is well known for her work as a TV host and Instagram personality, and as a result, she has amassed a sizable fortune. It is reported her net worth lies between $1 million to $5 million approximately.