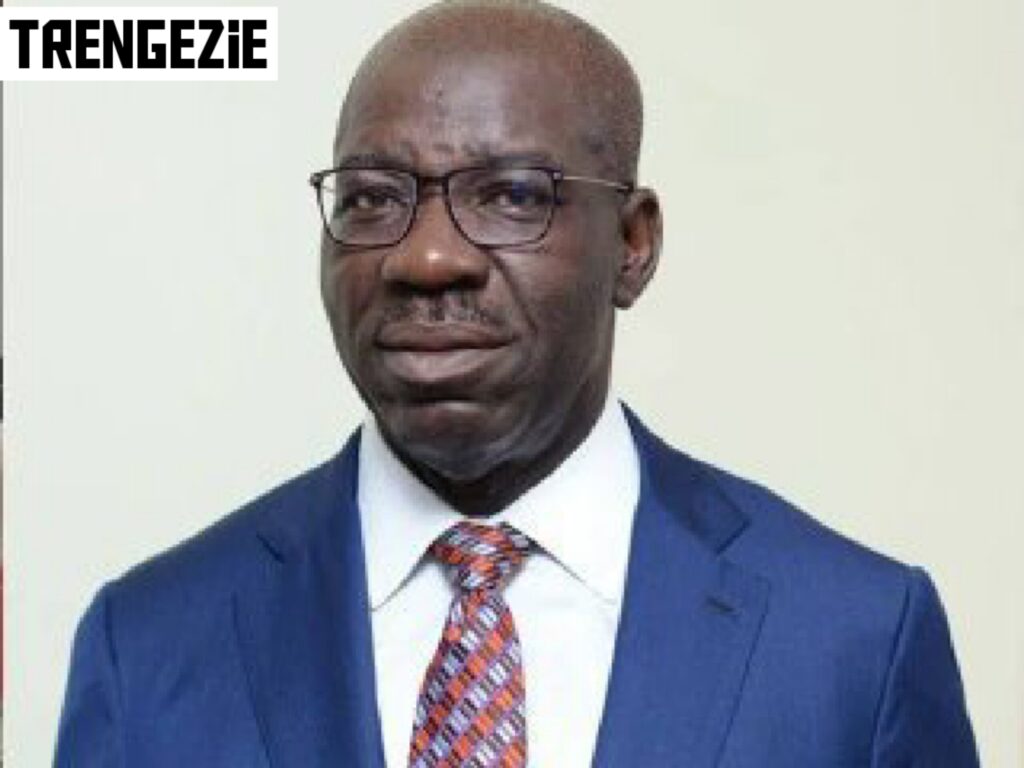 In this article we will be analysing the biography Godwin Obaseki his age, career and other facts you would love to know about the Sitting governor of Edo State. Also you can checkout more biographies on the biography section on our menu.

Mr Godwin Obaseki was born on the 1st of July, 1957 in Edo State Nigeria. He was born to La Pa Roland Obaseki and Stella Osarhiere. Mr Godwin attended St Matthew’s primary and completed his secondary education at Eghosa Anglican Grammar School. After completing his primary and secondary school education he proceeded to the University of Ibadan where he graduated with BA (Bachelor of Arts) in Classics. After completion of the National Youth and Service Corps (NYSC) program, he moved to Columbia and America where he attended Columbia University and Pace University respectively. Mr Godwin Obaseki is a Master Degree holder in Finance and International Business.

Mr Godwin Obaseki has a pretty impressive career spanning over the last three decades. He began as a stock brocker for Capital Trust Brockers Limited Lagos in the year 1983, he was later involved in Investment Banking, Asset Management, Securities Trading and the Public Sector both locally and Internationally.

Mr Godwin Obaseki is the founder of Afrinvest West Africa Limited in 1995 and is also the pioneer managing director. Afrinvest is an advisory firm in the domestic corporate finance market (formerly called Securities Transaction and Trust Company Limited “SecTrust”). This is one of Nigeria’s most reputable investment banking and management firms.

Obaseki stepped down as Afrinvest Chairman in 2016 to contest for Edo state gubernatorial election under the political party APC (All Progressive Congress). He defeated his political counter-part Osagie Ize-Iyamu who was the People’s Democratic party candidate. He was sworn in as the governor of Edo state on the 16th of September 2016. After completing his first tenure, Mr Godwin Obaseki was re-elected as Governor of Edo state this time under the Peoples Democratic Party (PDP) defeating his rival Osagie Ize-Iyamu who was the All Progressive Congress (APC) candidate. He was re-elected on September 20, 2020.

Mr Godwin Obaseki is happily married to Mrs Betsy Bene Obaseki. She is a financial expert with BSc and MSc in Accounting from the University of Lagos.

To stay connected with Mr Godwin Obaseki, you can follow him through his social media handles below: