Biography of Chidinma: Age, Career & Her Transition to Gospel. 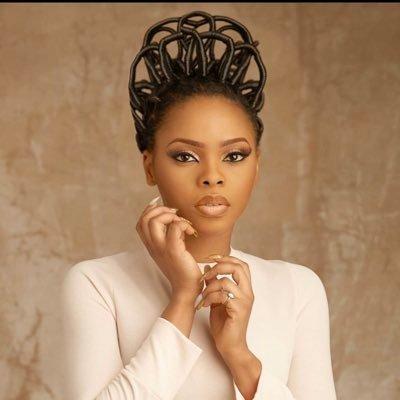 Chidinma Ekile popularly known as Chidinma is a born Nigeria singer, and songwriter and actress who rose to fame after winning the MTN project fame west Africa season 3. In this post, we will be taking you through the life of Chidinma, her rise to fame, her transition to gospel music and other cool stuffs you might want to know about her.

Chidinma whose full name is Chidinma Ekile was born on May 2nd 1991 in Lagos. She is the sixth addition to a family of seven children. Going by her name tells us that she is from the Eastern part of Nigeria, IMO state to be precise. She completed her primary and secondary education in Lagos State.

Music Career and Rise to Fame

At age 6 Chidinma began to show her interest in music and when she was 10 she joined her church choir and started singing. While Chidinma took her studies seriously she was determined on doing music.

In the year 2010 Chidinma was among those (8000) who contested in a music Tv reality show Project Fame West Africa hosted by one of Nigeria’s largest Telecommunication Company MTN Nigeria. She was exposed to the big guns in the music industry who had already gotten musical knowledge and experience which gave her the needed push she wanted and her advancement into the musical industry.

She was also among a lucky 17 who were chosen to be trained. This training helped Chidinma tremendously and by the end of the season she was announced the winner of MTN Project Fame West Africa Season 3. She went home with a cash prize of N2.5 million, a 2011 Toyota RAV4 and also a production deal.

After she won, chidinma pursued her career in music and began working on her album. In  2011 she released her first three singles Jankoliko, Kedike and Run Dia Mouth. After her singles chidinma increased her fan base and has since then done so many collaborations with other stars.

Chidinma on the 2nd of May 2021 took to her Instagram page with over 7.5 million followers to announce her transition to gospel. This announcement came along with her 30th birthday celebration. Her transition to gospel after a long while of singing as she said she took that time to wait on the lord.

She is now signed to Eezee Concept with the likes of Mercy Chinwo, Judikay, Minister GUC and others. Eezee Concept is a gospel music record label owned and managed by Mr Ezekiel.  Chidinma now goes by the name Minister Chidinma with her first official gospel song “Jehovah Overdo”.

Here are a list of songs Chidinma sang over the decade:

To stay connected with Chidinma you can follow her on her social media handle below: