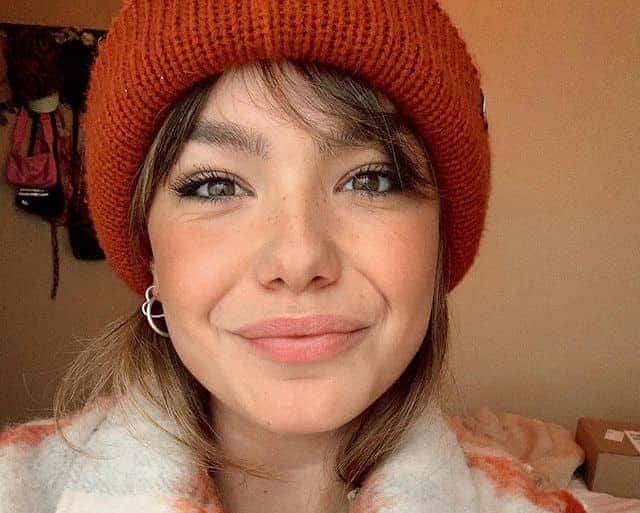 Who is Abbey Hoes?

This article talks about Dutch actress “Abbey Hoes” and in it, we will be covering her biography, age, career, net worth, family background, and other facts about her. Before we proceed let’s have a look at her profile summary below.

Emily Abigail Ashley Hoes was born on May 20, 1994 in Rotterdam, Zuid-Holland, Netherlands hence holds Dutch nationality. Abbey was born to her father Mr. Gino Hoes and to her mother Miranda Hoes.

For now, not much information about Abbey’s education has been made public. However, she began taking singing, dancing and acting lessons at age 10 at the Hofplein Children’s theatre.

Abbey Hoes started taking steps to towards her career when she was young. She began by taking multiple classes which include acting, singing, and dancing lessons at the Hofplein Children’s Theatre when she was 10 years old.

After a few musical theater auditions, she realized that acting, rather than singing, was her true passion. As a result, she was cast in a Roosvicee soft drink commercial.

She made her acting debut in the critically praised “Maite Was Here” in 2009 as Maite. In addition to playing supporting roles in “Lover or Loser,” “Tirza,” and the acclaimed “Finnemans,” she later starred in the movies “Furious,” “To Be King,” and “Nina Satana.”

Television appearances by Abbey include “Vrijland,” “Spangas,” and “2012, The year zero,” as well as recurrent parts in “Feuten,” “The Black Tulip,” and “Dr. Deen.” And she voiced “Violetta” in the Dutch version of the popular Disney series “Violetta”.

In 2022, she played Anoek Stigter, Anna and Astrid Hoogsteder in “Dirty Lines”, “Costa!!” and the mini-series “Lost Luggage” respectively.

For her leading part in “Nena,” she received the Dutch Film Award (Gouden Kalf) for Best Actress in a Feature Film in 2014 and was named one of the Berlinale’s Shooting Stars in 2015.

She received the Dutch Film Award (Gouden Kalf) in 2017 for her performance in the eight-episode television series “Petticoat,” in which she also displayed her singing and dancing talents.

Abbey Hoes has been very careful about saying anything about her personal life specifically her love life. So for now we cannot ascertain her current relationship status.

Notwithstanding we did find out from Who’s Dated Who that Abbey had been in a relationship with a Dutch actor named Tobias Kersloot which lasted for two years (2016 – 2018).

This talented Dutch actress has a height measurement standing at 5 feet 4 inches tall and weighs about 53 kilograms.

Abbey Hoes is well-known for her diversity in terms of acting, singing, dancing, and creative skills, and as a result, she has amassed a significant amount of wealth. It is reported that she has an estimated net worth of $1.3 million approximately.